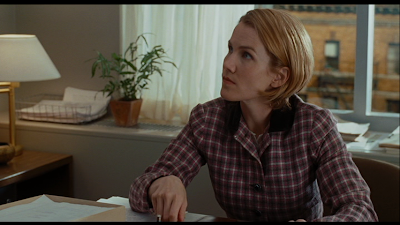 This is an actress named Erin Dilly that I’m just crazy about, who plays Judith Jones. And she in fact, is the person who read this cookbook and the first thing she chose to make was… this famous boeuf bourguignon that I still don’t know how to pronounce, even at the end of this movie.

Is it really my responsibility to inform EVERYONE of the correct pronunciation of "boeuf bourguignon?" 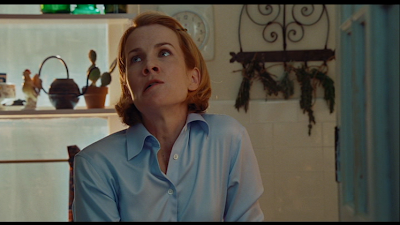 And knew when she tasted it that she had to publish the cookbook… even if the title was wrong.

Julia's proposed title for "Mastering the Art of French Cooking" was originally "French Recipes for American Cooks." Which wasn't technically wrong or anything... it was just like, a bad title. Thank God for Judith Jones and her foodgasm faces. 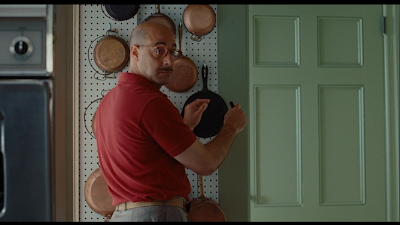 Yo, the giant from Jack and the Beanstalk, your architect called--yeah, it looks like he's going to be busy for the next few days designing a kitchen for HUGE FUCKING FREAKS. 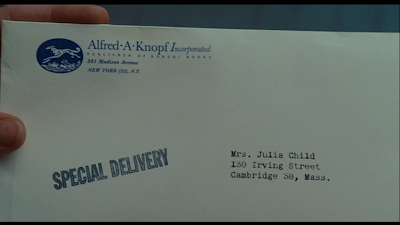 And of course, this was a time when news really did come in the mail. And when it was really important, it came special delivery.

Our modern-day equivalent: The important message "!" marker in emails notifying you of a meeting in the conference room. Sometimes, I miss the good 'ol days. You know, except for that whole "slavery" thing. 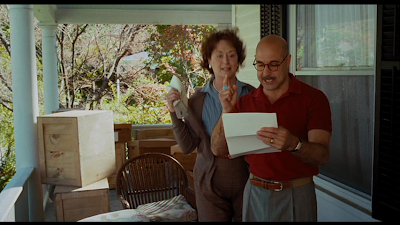 And this is also a direct quote from the letter that Judith Jones wrote… Julia. 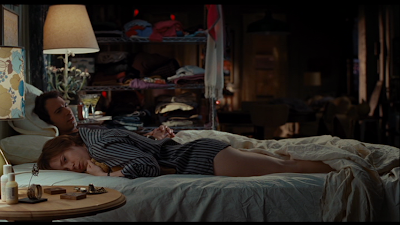 When I first heard that Julia Child hadn’t liked Julie Powell’s blog, I thought it must have been that, that it couldn’t possibly be true.. or she must not have read the blog… she was about to be 90 and maybe she doesn’t have a computer or maybe she doesn’t really… or maybe she just heard about it and hadn’t read it. But the truth was she didn’t like it.

When I first heard that Julia Child hadn't liked Julia Powell's blog, I thought "WELL THAT MAKES TWO OF US!" Seriously though, why would she like it? It's completely derivative. And nothing that derivative is worth reading. Unless its really, really, really derivative--then that's okay. 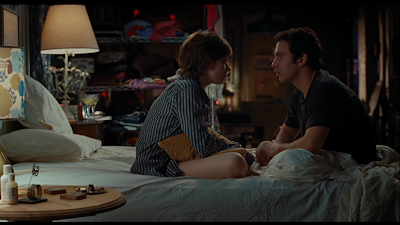 I think she was wrong and I think she would have eventually changed her mind, which she certainly did about many things because she wasn’t right about everything. She was sort of wrong about organic food and… realized about 10 years later that she was on the wrong side of that one. Ummm… but she didn’t like Julie Powell—she thought she was being ripped off by her… that Julie wasn’t a serious cook which was so ludicrously beside the point.

Who is Nora Ephron to say that Julia Child wasn't right about everything?!? Shame on you, Nora. J. Child is essentially perfect. Organic food is crap and Julie isn't a serious cook which is totally right on the point. Just because you "directed" a bloated, crappy movie on the woman, doesn't mean you have a right to speak for her. 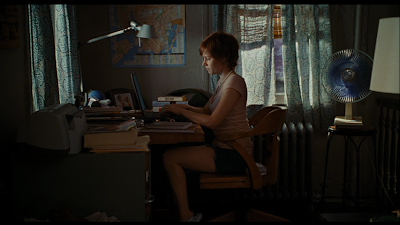 I mean, most of the people who used Julia Child’s cookbook, starting with me, were not serious cooks—we’re just people who like to cook. And umm, and you don’t have to be... one of the things I think Julia was about is that you didn’t have to be a serious cook… to learn to cook from her cookbook and to find the joy that she found... in cooking.

I actually agree with Nora here. Good points, all around. She must have stolen this from Ratatouille or something. +1. 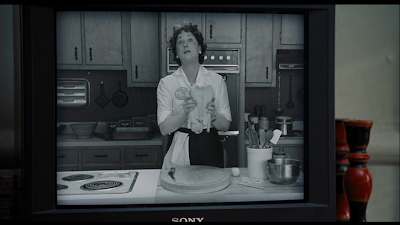 Although obviously on a smaller scale because as much as I love food, food is not all I do. Umm, so I feel certain that eventually Julia would’ve come around. I know she would’ve. My Julia would’ve.

You had me and then you lost me. Julia would not have come around because in real life she didn't come around. She died still thinking that Julie Powell was ripping her off. That is a fact. I know you're all into the "idea" of Julia Child and how everyone has "their own Julia Child," but the ACTUAL Julia Child wasn't into the J&J Project. It's as simple as that. But, that being said, I know for a fact that the real Julia Child would have been huge fan of the Lawrence/Julie & Julia Project. 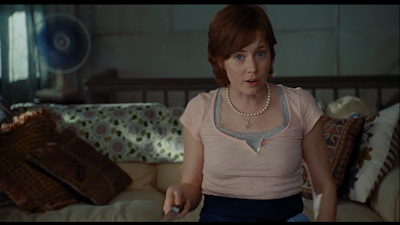 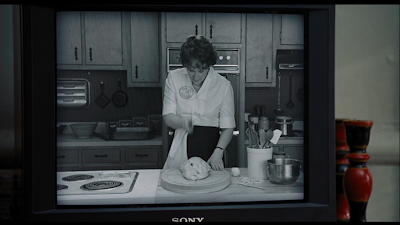 And of course this is really the only scene that Amy and Meryl were in together, even though Meryl was on the television set. I guess this is as close as this movie gets to an automobile chase.

Oh man, Nora is really feeling the fatigue here. First of all, nothing about this sequence resembles an automobile chase in any way. Second of all, "automobile" chase? Really?!? I get that she's old and shit, but c'mon! That wasn't even a phrase back when it would have conceivably been a phrase. 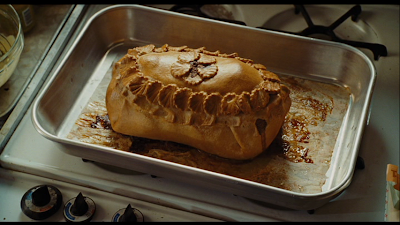 Doesn’t that look fabulous? It isn’t really delicious at all, but it looks great. It sort of tastes like a meatloaf, with, with a kind of thick crust around it, but my own feeling about duck is… why stuff the duck, why not just eat it?

Oh man, I fucking love duck. I can't wait for Thanksgiving tomorrow. Roast Peking Duck on Thanksgiving is a Dai family tradition. And trust me, I will be boning it myself. 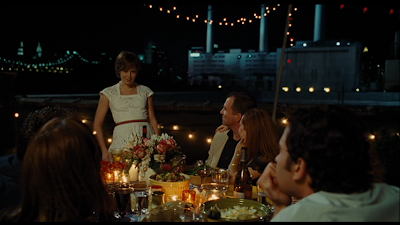 This is one of the loveliest nights of shooting we had—it was about 85 degrees on a rooftop in Queens. And those famous, power chimneys, whatever they are in the background that are such a landmark in Queens. And... and Manhattan just out of reach.

Haha, power chimneys. It's amazing how clearly no one gives a shit about these director's commentaries, especially Nora. 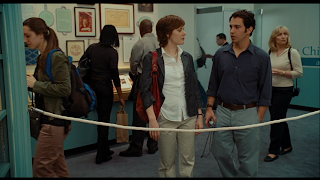 And this is the Margaret Whiting version of “Time after Time,” which is gorgeous. Gorgeous song, great singer. And our version of the Smithsonian, which is, which almost looks exactly like the Smithsonian except that in the Smithsonian there is a glass wall between the people and the kitchen and here we have only a rope.

Here's the link to the song, if you want to hear it. Great song. Gorgeous singer. And that just about wraps it up for director's commentary commentary--yup, that stupid little rope comment is the last we ever hear from Nora on this thing. I like to think that she finally just fell asleep at the very end. Two hours is a pretty long time after all. I'd be surprised if anyone actually made it to the end of Julie & Julia without an extensive strength and conditioning program, like the one I'm on. 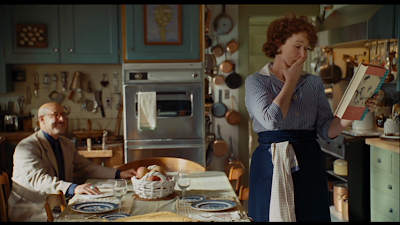 I thought I'd end the Director's Commentary Commentary series on a good note--a note where there isn't any director's commentary, the way Julie & Julia was meant to be watched.

It's been a fun ride.

Julie & Julia Quote of the Day: "And call me the second you hear back."
Posted by Lawrence Dai at 11:28 PM