There's only a week left of the Lawrence/Julie & Julia Project. I can't believe it. Only 7 days left... Better make it count, I guess. Which is why today, on this final installment of Random Actor Tuesday, I've chosen to honor the most important wonderful special-est random actor of all: YOU. 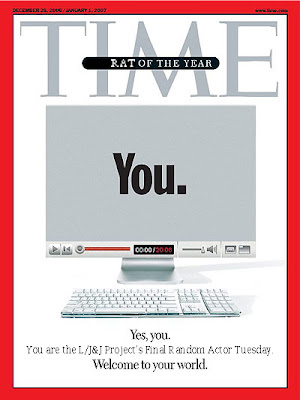 Because, well, why the fuck not? I started Random Actor Tuesday with one purpose in mind--to shower praise and appreciation on those underdog actors who are often overlooked. The actors who show up to work at 6:00 am only to take up space, the actors who craft elaborate character histories for their one line in the movie, the actors who show up to work and chase their dreams--they're the ones who deserve to be noticed and I intended on honoring them on a week-to-week basis. Eventually, I gave up on that goal and just started making fun of their physical appearances and probably sad, sad lives. 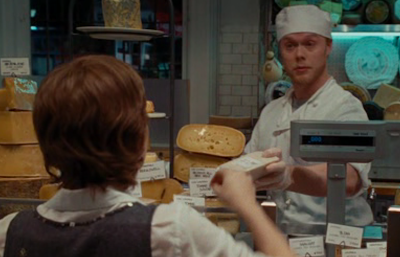 But then it struck me: Who goes more unappreciated than us, the viewers? (or in Julie & Julia's case, the victims) Yes, the movie-making process is a long, arduous one. But isn't the movie-viewing process just as tiring? I mean, I can only speak for myself, but watching Julie & Julia every day for the past 358 days has been exhausting. We flock to these movies, we respond to them, interact with them, we make them possible--so we deserve to be honored as Random Actors on this, Tuesday November 22, 2011. 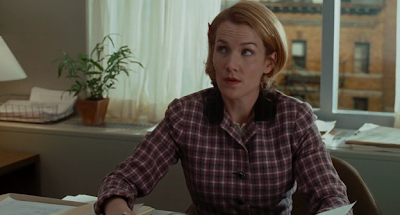 And yes, I know you're all rolling your eyes right now, but think about it. Aren't we all just "random actors" in the story of "life?" Isn't "Tuesday" the same as "Monday," or even "Thursday?" All the world's a stage, and all the men and women are merely players. And all the players gonna play and the haters gonna hate. Work hard, play hard, watch Julie & Julia hard. 'Cuz we're just trying to make a living in this fucked up world of ours. And can you blame us? Fuck no.


"There are nearly thirteen million people in the world. None of those people is an extra. They're all the leads of their own stories. They have to be given their due."

To which I respond:


"There are nearly 5,000 random actors is Julie & Julia. Most of them are extras. But they're all leads in the stories that I have fabricated for them in my dreadful boredom. For here at the L/J&J Project, everyone will always be given their due. Unless, of course, the person in question is Chris 'Not Mark Ruffalo' Messina. I will never give him his due. NEVER."

Julie & Julia Quote of the Day: "We're just going to tell her she should have a smaller share of the royalties because it is clear she can't put in the hours a week you and I are spending on it."
Posted by Lawrence Dai at 10:25 PM