We're almost there! And by there, I mean the end of both the blog and the much-beloved director's commentary commentary series (I actually don't know if it is beloved at all, but hey, let me have my grand delusions). Anyways, here's the eleventh (and penultimate) part of my commentary on Nora Ephron's director's commentary on Julie & Julia. If you want to catch up on the previous installments, parts one, two, three, four, five, six, seven, eight, nine and ten. 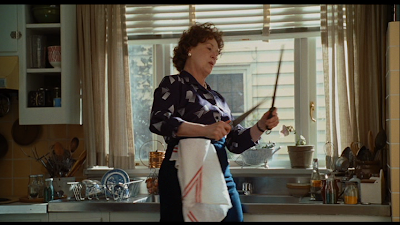 This is Doris Day singing of course. Classic 50s person. Absolutely wonderful singer. I’ve always wanted to include one of her songs in a movie and never quite found the right spot for it. 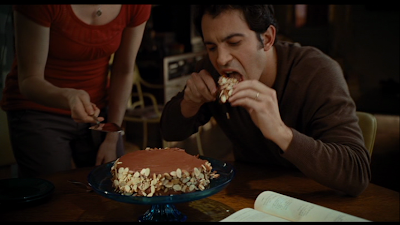 This is the famous Julia Child Reine de Saba, the queen of Sheba cake. It has almost no flour in it, which deludes people into thinking that it might be good for you. It’s a fantastic recipe.

Yeah, that makes sense, because all people know that it's the flour in things that makes food unhealthy. That's why that "no-flour" diet fad has yet to go away. Actually though, I ate this flourless chocolate cake once and it was dense and gross. Why take the flour out of cake? It's clearly the best part! 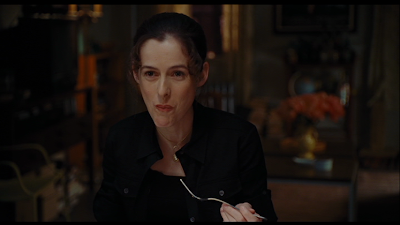 Julie cooked her own kidneys and fed them to Amanda Hesser of the New York Times?!?! This shit just got real Hannibal Lecter up in here. 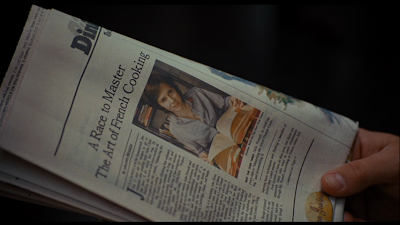 I first heard of Julie Powell, in fact when I read this article in the Times. I went and read her blog, which is completely charming and fraught with the energy and the hysteria of this project. She’s a very funny writer and… and it crossed my mind that it might make a movie and then I just couldn’t see how you did it—it wasn’t until I heard the idea… which belonged to Amy Robinson, one of the producers, of combining these two stories, then I saw… I saw that you could make a movie out of this.

Nooooo, Nora! Your first instincts were correct! You can't make a movie out of a blogger blogging about a cookbook! Just make the entire movie about Julia Child! She actually mattered! She has an interesting story to tell! Why would you ever want to dilute it with the Internet ramblings of a madwoman??! 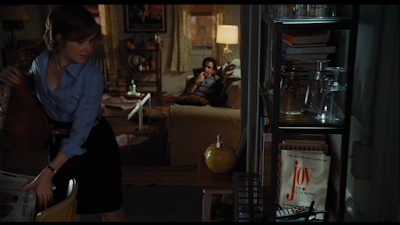 But in fact, that article changed Julie Powell’s life and… she was flooded with offers.

I know the feeling. In fact, a homeless guy offered to suck my dick for 5 dollars just the other day! It's amazing what Internet fame can do for you! 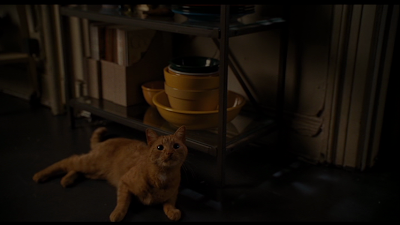 This is one of those shots that looks like nothing, but it was a complete nightmare. Trust me, you never wanna put a cat in a movie—even one this one finally, on about the 28th take did what you wanted her to do. Or maybe it was a him, I can’t remember.

That shot doesn't look like nothing--it looks like a cat. Apparently, Ms. Ephron is not a cat person. Besides, directors of big budget Hollywood movies are way too important and dignified to check to see if their cat actor is a male or female. That's why all movie sets have Cat-Penis-Checkers on standby at all times. 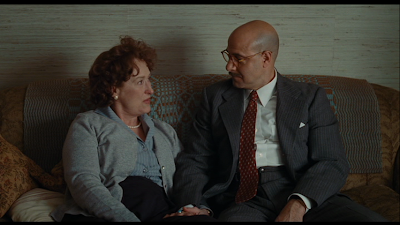 This is one of my favorite scenes, in the movie—not the writing, but the acting. The—what Meryl does and what Stanley does in this scene. I could watch it again and again and again. The little moment when he says she could teach, and its just not enough anymore because the dream had gotten bigger than that.

"I could watch it again and again and again." Hmm... I don't think I could. But then again, for some reason I have. Also, I appreciate that she bashes her own writing here. "The writing is shit, but the ACTING, damnnnn." 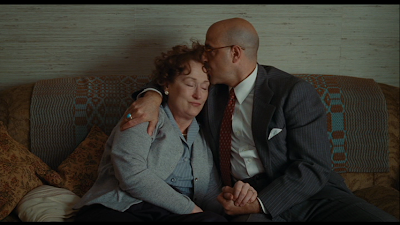 And Paul Child really did tell Julia that she could teach on television. They had barely seen any television, I might add, but it was a… it was a, kind of a astonishing idea. Well, it’s just, its just an astonishing idea. That this woman might turn out to… well he couldn’t possibly have known what is she was going to turn out to be, but even the idea that she was going to be a television personality is pretty amazing.

Awww, I guess it is pretty astonishing that Julia Child made it on television. And that Paul really did believe in her. I know I get pretty cynical, but the Childs' onscreen marriage (as played by Meryl and the 'Tucc) remains one of the redeeming factors of this horrible, horrible movie. I do wonder though--how many other husbands have told their wives they'd be great on TV in hopes of getting laid that night? Surely no one is actually that deluded.

Only one part left!!!