Here it is. The tenth part of L/J&J's coverages of Nora Ephron's director's commentary on Julie & Julia. Deez is da links to parts one, two, three, four, five, six, seven, eight, and nine. 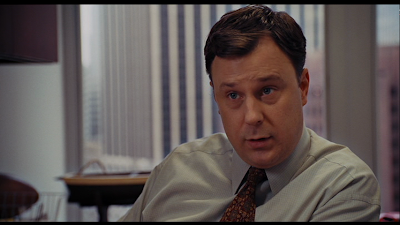 Julie Powell really did scare her employers… that she was going to be even more explicit about her… she made it very clear in her blog that her job was very discouraging… and that she was a… a… no, a drone in a cubicle, but they were, they were always worried that they were going to be written about, at least when they found out about the blog. Obviously, they didn’t worry about it before.

That's why you should get a good job. You know, one where they encourage you to write about them in your blog. Also, a job where you get to meet famous people. 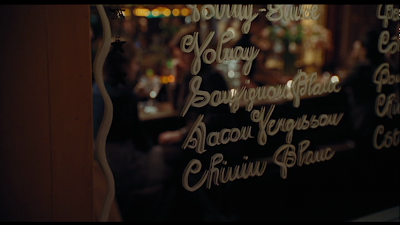 This is just one of the tiny things we did where it’s n—it’s not a big deal but it’s the kind of stuff you do when you, when you become obsessed with the details as, as we all do when we make a movie—so that you start to see like this on a mirror with French writing on it because you want the audience not quite to know whether they’re in France or in… New York.

This is actually kind of a cool shot. But that being said, I do know whether I'm in France or New York. I mean, it's pretty obvious. Is Julie Powell in the scene? Am I gagging? It's New York. 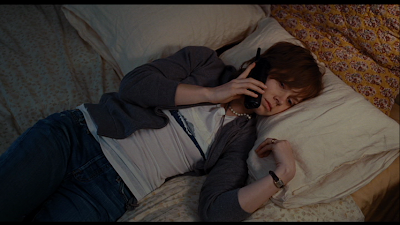 Julie’s Mother is played in this by Mary Kay Place, who’s an actress I love and I have wanted her—I’ve wanted to do something with her—well the truth is I was doing something with her, she was going to be in Silkwood, which was my first movie which Mike Nichols directed. And… and she quit, to go do The Big Chill and she was replaced very nicely by an actress named Diana Scarwid, but anyway… I thought she would at least, just do this mom for me. And she did.

Great--so now you know what happens when you quit on Nora Ephron. The next time you look for work, she will make you the off-screen voice of mom. She may be a hellish old broad, but don't you dare cross her. 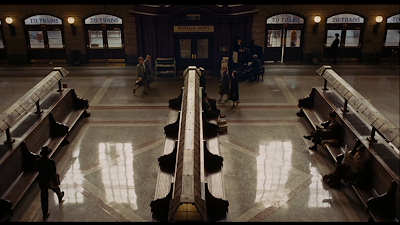 Remarkable. So worthy of remarks. So so worthy. Really glad she remarked upon that particular aspect of Julie & Julia. Because it was so remarkable. Remarkable enough that I definitely didn't fall asleep during this part. 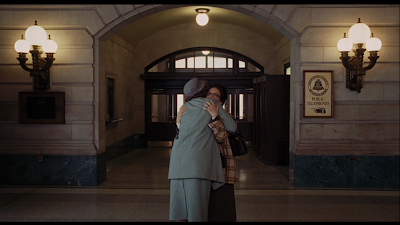 Avis DeVoto… and Julia really did know each other through writing… were really almost best friends… through correspondence, which, which was of course very common in those days and, and strangely enough is again since people have very intense relationships through email with people they don’t know.

Say what you will, but I think Nora Ephron's really got her finger on the pulse of what people do these days. An on an unrelated note, you can reach me by email at lawrenceandjulieandjulia@gmail.com. You know, when the blog is over and you miss my voice. Or my words. Just shoot me a friendly email and maybe we can have a very intense relationship, who knows? 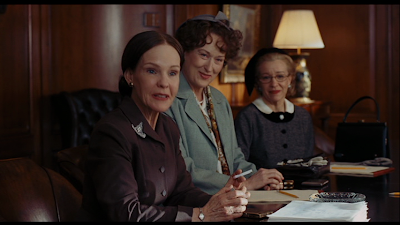 This is Deborah Rush playing Avis and weirdly enough, I met Deborah when she flew to Texas to audition for the part that Mary Kay Place had quit. She’s a great friend of Meryl’s. They did Taming of the Shrew together in Central Park years ago. And I’ve used her—she was in My Blue Heaven which I wrote and You’ve got Mail, which I directed and this will be—just an actress I love. 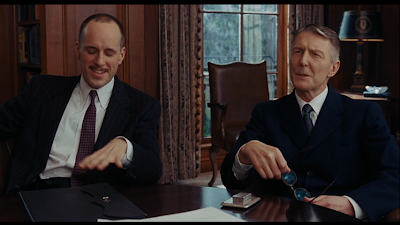 Bizarrely enough, this actually happened. Well everything in this movie almost actually happened. Julia and Simca really did turn in a manuscript—a gigantic manuscript that was just poultry and sauce recipes and expected Houghton-Mifflin to publish the book in volumes.

Did this actually happen? Oh. That's weird, I guess. Man, I am tired. Of this movie. 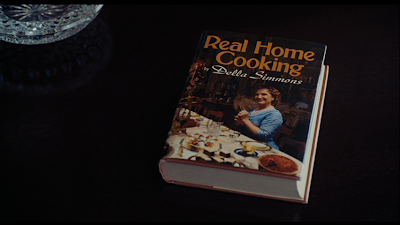 And they were, in fact, given a copy of a very famous cookbook that my mother hand by a woman named Helen Corbett who was the Neiman Marcus chef later in life. And its actually a great cookbook, we make a certain amount of fun of it here and we don’t call it that, but it is, and it is full of recipes like Baked Alaska in a Flowerpot and things using marshmallow fluff.

And it’s one of my proudest achievements as a writer—is that I managed to get marshmallows into both stories in this movie. And and they just didn’t quite know what to do when they were given it, because Helen Corbett’s book is so easy to cook from and theirs was so full of these long recipes, but they pulled themselves together and soldiered on.

That marshmallow thing really is quite the accomplishment. Oh wait, I think I'm confusing the word "accomplishment" with the word "FUCK YOU THIS IS FUCKING STUPID." Okay, I'm done. Time to pull myself together and soldier on. Only a few more commentaries left!

Julie & Julia Quote of the Day: "Remind me again why you're doing this?"
Posted by Lawrence Dai at 9:45 PM