And so here we are, about to jump deep into part 9 of Nora Ephron's director's commentary on Julie & Julia. If you'd asked me a year ago that I would spending my Tuesday nights transcribing the words of a borderline insane geriatric woman, I would have told you, "Yeah, that sounds about right." Here are the links to parts one, two, three, four, five, six, seven, and eight if you want 'em. 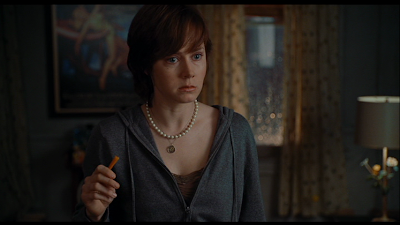 I do think that writing a blog would be one of the hardest things you could do, writing every single day—that every single thing you did would… you barely experience before you would be processing it into material for your blog.

This is eerily applicable to my life. At this point, my relationship with Julie & Julia can be accurately summarized by the phrase "barely experience." It's also good to know that Nora is on board with my mission--it is after all, "one of the hardest things you could do." 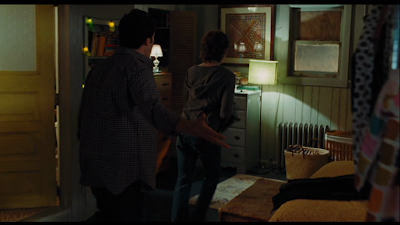 Ummm, you would be like a predator, sitting watching your own life and there’s no question that people who are involved with people who blog every day often feel as if their privacy is totally invaded… umm, I , by this process, what starts as a kind of harmless, charming thing and then, feels very different after awhile.

GOD! So apt! So very, very apt! I invade my friends' privacy like every single day! Why, just the other day I walked into the bathroom while my roommate was showering and just watched his silhouette dance around the shower curtain for like, 20 minutes. And though I can't attest to how harmless and charming the L/J&J Project was in its initial conception, I can assure you that now, I feel very different. I feel... pretty. 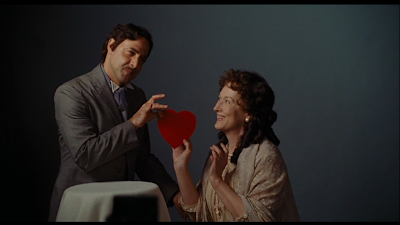 This is one of the Childs’ Valentine’s Day cards, which we just totally replicated… the one they sent from Marseilles.

Nora has clearly never had an original thought in her life. It appears as though she is only capable of simulating characters and events that existed and occurred in real life. It's almost as if this entire movie was based on true stories. 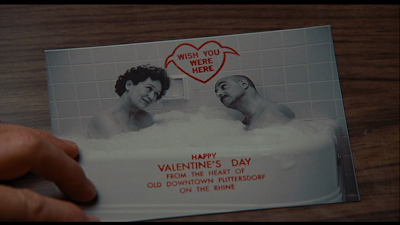 And this is the Valentine’s Day card they sent from Germany. Exactly as Julia and Paul’s card was… completely divine.

Uh... NEWSFLASH, Nora! I already covered this, way back on Day 131. Get with the fucking program, already. 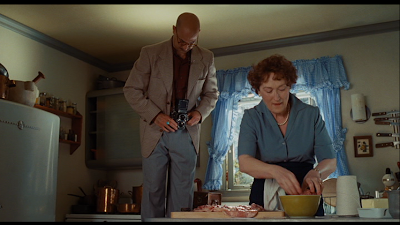 And here you see Paul photographing… their idea was to photograph the food from the cook’s point of view so if—the illustrations in the book would be something that made sense to the cook. So he was always on a ladder over her shoulder, taking pictures of everything she did.

"So he was always on a ladder over her shoulder, taking pictures of everything she did." And yet, when I do that with prospective female mates, they go all "GET THE FUCK OUT OF THE GIRLS BATHROOM!" on me. Women, right? 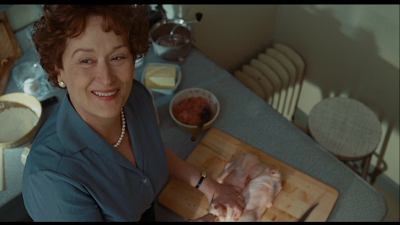 And this is the first duck that gets boned in this movie. There are only a couple, we all took duck boning lessons before we did it and I was the worst at it and I’m never going to bone a duck ever again, because this dish is not really as good as it looks.

And boy, I thought I was the first duck that got boned in this movie (I have no idea what this means, I just thought it sounded funny in my head). Also, it's more like "I'm never going to bone a duck ever again, because... THAT'S WHAT THE COOK IS FOR! I'M A MUTHAFUCKIN' MILLIONAIRE! I CAN HIRE A FUCKING PROFESSIONAL COOK AND HE CAN BONE MY DUCKS FOR ME. I AM BETTER THAN YOU." 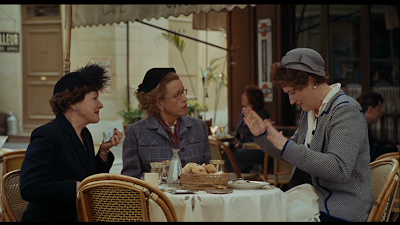 Julia just festered with irritation at Louisette. Especially since it had been… agreed that they were equal partners in this thing that, was barely anything but a pipe dream for them and a huge stack of pages, and yet they were unbelievably cross—that Louisette wasn’t doing her share of the work and was going to get and equal share of, at that point, next to nothing, but who knew?

I knew. Srsly doe, Louisette is a huge doucher. 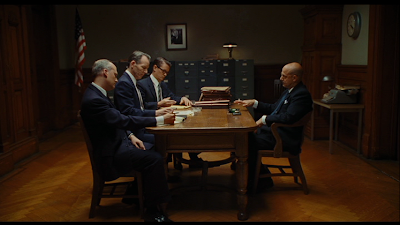 Paul Child was not called by McCarthy, but by a… by a little committee in the state department investigating state department employees... and he was interrogated for days and partly because they were friends with people who had been party members. But, the last line in this scene is something that they actually said to Paul. They said to him, “Are you a homosexual?” and… it’s shocking to me that they did.

Because he so obviously was. I mean, Julia Child? C'mon, Paul. What kind of beard is that? I mean, it all worked out in the end, because Julia Child is secretly the most delightful woman on Earth, but let's be honest here, people--she's the Susan Boyle of chefs. Amazing talent, AMAZING-ER LOOKS. Wait, that doesn't make sense logic-wise... But hey, I'm crazy, right? I can say krrrraaazzzzy things. 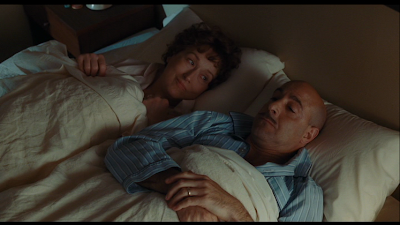 And they then in real life asked him—when he said no he wasn’t—they asked him to drop his pants—one of the most bizarre requests I’ve ever heard of—he of course refused. What they thought they were going to find out if he did, I have no idea. But, all of this, of course, actually happened. And it was devastating… and the final knowledge that his career was… really never going to become much of anything—that they were never going to give him a raise, which they hadn’t in years, which he was increasingly sad about.

Of course they weren't going to give him a raise! Everyone knows that you gotta drop your pants if you want to get ahead in government. Or should I say "get some head" in government? HAH. See what I did there? Man, do I think I'm funny.

Julie & Julia Quote of the Day: "Eric, come see the world's most beautiful chicken."
Posted by Lawrence Dai at 8:15 PM