Only 20 days left to go and I'm still only halfway through my word-for-word dissection of Nora Ephron's director's commentary! Holy Schnitzels, we've got a ways to go! Parts one, two, three, four, five and six for reference. 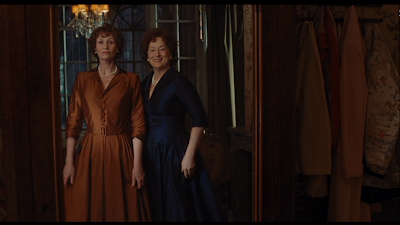 I love the work that Ann Roth did on this movie. This section of the movie particularly… its just a… I love what, Dorothy is wearing in the train station and this little sister moment in the mirror.

As we enter into hour two of the Nora-Ephron-fights-to-stay-awake-in-order-to-ramble-about-trivial-things-that-are-only-tangentially-related-to-Julie-&-Julia-marathon, we begin to see the first signs of fatigue. Nora is no longer wasting our time pontificating on elaborate details of the costuming--she merely states that she loves it. And to Ann Roth's credit, I guess the costuming does look pretty nice. 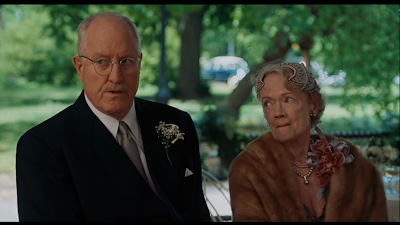 This is Remak Ramsey, who’s an absolutely wonderful actor. Julia’s father, really really never connected to either of his sons-in law. Both of them were… left-wing. He was a Pasadena McCarthy Republican. 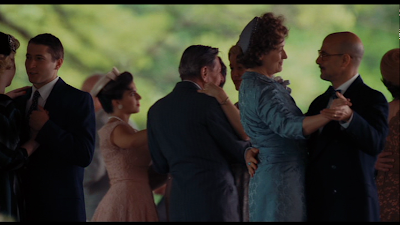 The first time we use a song I knew was going to be in this movie from the beginning that I’m in love with. Time after time by Julie Styne and Sammy Cahn and… it’s a gorgeous gorgeous song… and, in some secret ways about the… one of my kind of ideas for the movie, which is that cooking is a sort of form of time travel and that… and that, that you can sometimes when you’re cooking you’re with your mother and she made for you whatever you’re cooking or you’re with the person who wrote the cookbook or you’re with an old boyfriend that you had… that you cooked this for once upon a time and umm… so this is, an instrumental introduction to this song.

I have no idea what the fuck she's talking about so I'm just going to link to this video of me singing the song. Seriously though, what? Time travel? Boyfriends? I mean, I thought I got what she was getting at but then she got at something else and now I'm all got out. 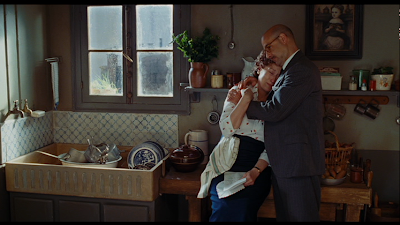 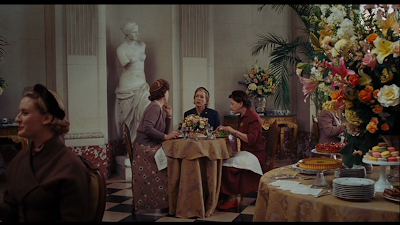 Julia was a sort of uh great… ummmm, brave, rarely, you know she was onward and upward pull-up-your socks and… one of the things her editor Judith Jones told me was that she never felt sorry for herself, really… she just, she was… classic plucky, a WASP in the best sense of the word.

Yup. Onward and upward pull-up-your-socks. This is how people talked in the 19th Century. And a WASP in the best sense of the word is still like, not a very nice thing to say about someone, I don't think. But maybe that's just because I hate white people. 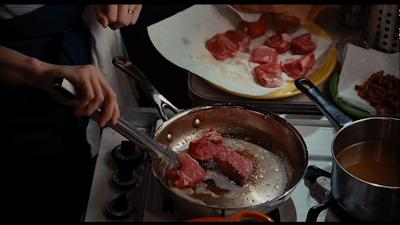 I always think that this movie should say that it stars Meryl Streep, Amy Adams and boeuf bourguignon because, it’s a major player in the movie. Um, and it is the dish that, almost everyone I know cooked from the Julia Child cookbook—it’s a perfect dish for a dinner party. It’s a great recipe. Not everyone cooks it more than once because it does take quite awhile to cook, that I have to say. But, but its so delicious… and, Julie Powell made it for Judith Jones who was allegedly coming to dinner. I’ve never known for sure if that Christian Science Monitor reporter actually had a commitment from Judith Jones before he promised to bring her or not.

I wonder what would've happened if they had taken Nora's advice and billed Julie & Julia as a Meryl-Amy-Boeuf vehicle. It probably wouldn't have made any sense to anyone whatsoever. But that's just one man's opinion. Also, that bit about the reporter being some kind of scam artist with no connection to Judith Jones is potentially interesting. I would write a post on it if I had like 365 more days (actually, I probably wouldn't. I'd just post more pictures of me in a wig). 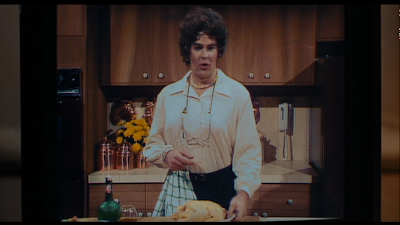 This ummm, famous famous Saturday Night Live sketch of Dan Aykroyd as Julia Child was, was written by Dan Aykroyd and Al Franken who is now our senator from Minnesota and… people everyone has seen it, even though it was only on once. Most people think it was a recurring thing that he did.

That Al Franken thing is going to seem real dated in 2016 when he's... OUR PRESIDENT. 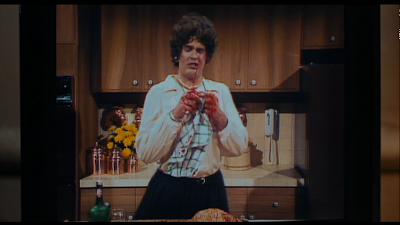 One of the reasons I put it in besides that it was famous was to show people who didn’t know who Julia Child was how famous she eventually became… and how famous her, her completely, umm… unique voice became—how everyone wanted to imitate her. Every time I see this it makes me laugh.

And every time I see this, it makes me want to kill myself.