Apparently, no one was a fan of yesterday's brief Nora Ephron/New York Times post. I guess you guys not only want me to watch Julie & Julia every day, but also expect me to spend time on these writings and make some jokes or something... Well, I hear yah! Time to redeem myself! Presenting part six of the always crowd-pleasing Julie & Julia director's commentary commentary, wherein I muse upon Nora Ephron's increasingly incoherent ramblings. Here are parts one, two, three, four and five for reference. 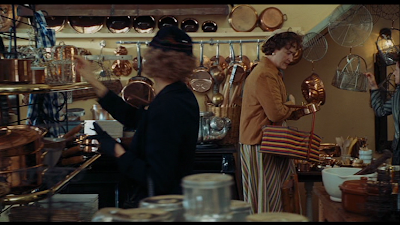 This scene is our attempt to reproduce a famous, famous store in Paris called the E. Dehillerin. I’m sure I’m pronouncing it wrong, but it’s a store where I bought my copper pots in 1964 and where Julia bought all her copper pots in the 1950s. It’s a way more exciting store than this location, but we didn’t have the extra time to shoot there in Paris.

I am 63% sure she is pronouncing it wrong. But then again, I am 100% sure that I have no idea how to speak French. Copper pots though--those are interesting--IF YOU'RE A 70-YEAR-OLD WOMAN (which Nora Ephron happens to be). 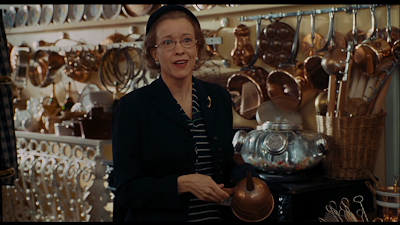 And the owner of the store gave everyone who, all the Americans who shopped there a charge account so they all bought way more in the way of copper pots than they meant to.

I just hate it when that happens--like, you leave for the copper pot store, thinking that you're only going to get one or two copper pots, but then you come home with like 10 copper pots and you're all like, "What just happened? Why did I buy all these copper pots? I don't need this many copper pots!!" 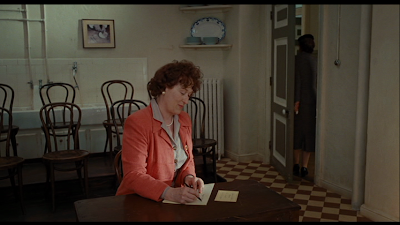 "Madame Child, I must tell you, you have no real talent for cooking. But the Americans will never know the difference."

This is exactly what Madame Broussard said to Julia Child. They just absolutely hated one another—God knows why.

God may know why, but he sure ain't tellin' no one. I suspect it was due to B.O. 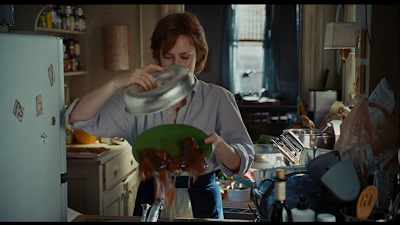 Aspics are something that… that I always think they should remove from the, ongoing editions of the Julia Child cookbook , because they simply are not worth printing recipes for. I happen to have a fondness for Jell-O and tomato aspic, but who are we kidding? Nobody really wants to eat an aspic, much less make one.

Nora's actually kind of charming here. I mean, "Jell-O and tomato aspic?" Gross, but hilarious! This is the first time I actually feel some sort of connection with her--bonding over our mutual hatred of aspics. Life's funny that way. 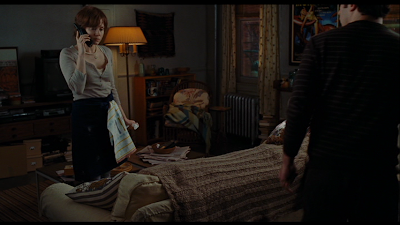 This phone call really was… the first time that… that Julie Powell realized… that… people actually… that something might happen.. some little… whatever dream she had when she started writing this blog… um… this was the first… phone call from the world of… of I guess, what we call old media.

Nora Ephron just really has no enthusiasm for these Julie sections. And it's soooo transparent. Or maybe I'm misreading that--yeah, no, it's more like she doesn't even understand what this "internet" thing is. I mean, she does use the term "old media," after all. It's more like she cannot even grasp the reason why half of this movie is about a blogger. That makes two of us. 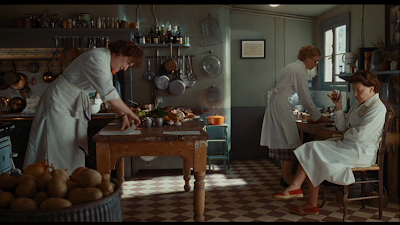 This is one of my favorite moments in this movie… coming up. No one ever notices it, but me and our brilliant editor Richie Marx. But it’s where we start to establish that—and we get to it very quickly—that Louisette Bertholle, didn’t quite share as much… in the collaboration as everyone wished that she would… um…

No one ever notices, eh Nora? WELL I NOTICED. Didn't count on anyone watching your movie 322 times now, didja? Well, look who's got egg all over their face now, bitch?!? 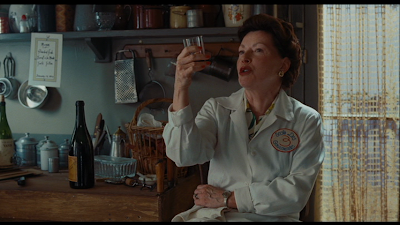 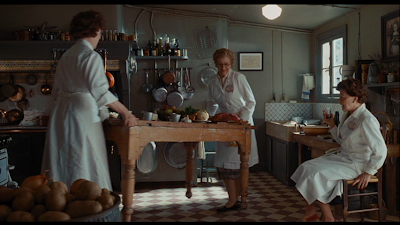 Helen is playing her just a tiny bit… you know, she’s the only one drinking wine before the class begins and then she doesn’t quite move the table. And then she says, “Can I help?” after they’re finished doing it, which is what always breaks me and Ritchie up, even though it’s probably in the script—I have no idea.

Wait, she doesn't know whether or not that little moment is in the script? Didn't she write the script? Yeah, I'm pretty sure she wrote this script. Or at least it came out of her anus, y'know, when she diarrhea'd it out. Seriously though, if she in fact WROTE the script, shouldn't she HAVE AN IDEA of whether or not something is in it? Troubling. 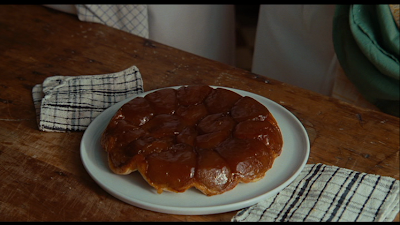 Susan Spungen says this is one of her proudest moments. This is a tart tatin, the famous upside-down apple tart. Here it is, completely gorgeous.

I have no idea who Susan Spungen is, but sure. Someone out there probably cares that this is one of her proudest moments. 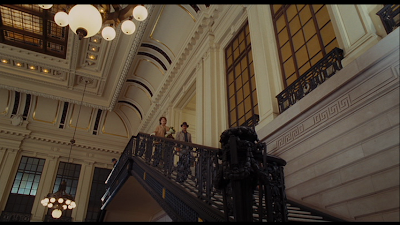 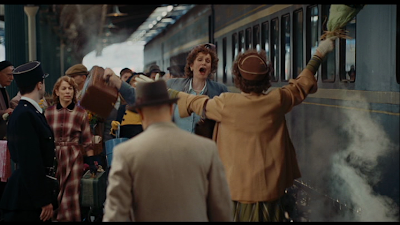 Of course this is the great Jane Lynch, whom I’ve wanted to work with for years and years and years and one of the great comic actresses. I bumped into her one night... at umm, premiere of a Christopher Guest movie—she’s in a lot of his movies and took one look at her and thought, oh, she had to play Meryl’s sister.


There she is! Name-droppin' Nora, back in action. Julia’s sister Dorothy was in fact 6’4”, even taller than Julia.


Nora is also obsessed with heights. Or at least, she enjoys talking about them. It's just this thing she does when she has nothing else to say. Which is a lot of the time. 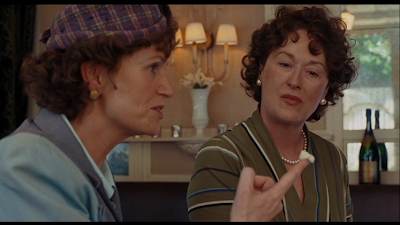 I remember my first brie… very clearly which I had in 1962 when I was 21 years old and had one of those “Where has this been all my life?” moments and I really wanted that to feel like this for… Dorothy and to get the… to get across the concept of how one becomes such a cheerleader for food as Julia did.

It was totally unremarkable. 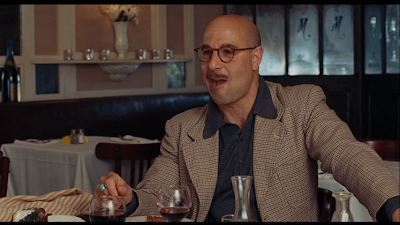 And this whole riff on Beurre blanc is, is the kind of thing that you write and you think “Oh god, I hope this gets into the movie but it might not,” but then Meryl and Stanley do it and it gets to stay.

Again, I just don't understand. She is the WRITER AND DIRECTOR of this film. Doesn't she have final say of what gets into this movie? I mean, its a bloated 2 hours. I'd be surprised if they cut anything at all. What if Nora Ephron has split personality disorder and one personality wrote and directed the Julia half and the other wrote and directed the Julie half. Boom! Theory, hatched.

And just like that... we're halfway through the Julie & Julia director's commentary commentary! It's crunch time, people! Buckle up, it's gonna be a meandering ride.

Julie & Julia Quote of the Day: "You don't have to bite my head off."