There's been something that's been recently bugging me about Julie Powell--no, not her awful personality, ridiculous dialogue, or lesbian haircut--it's her wannabe hipster shoes. Just, like, what's up with those, mang? 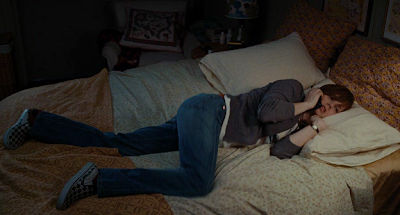 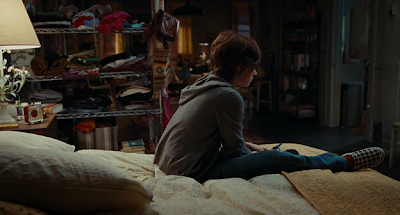 Just who do you think you are, Julie Powell? A hipster? Because you sure ain't one of those. I mean, for the entire movie, Julie's been set up as this newly-minted 30-year-old with a passion for cooking, which is supposed to be "cool" in its own right. But then, for some reason, the costume designer must have decided that this Julie Powell didn't look "cool" enough and gave her some "cool, hip" shoes that "all the kids" are wearing today. Enter: CHECKERED VANS. 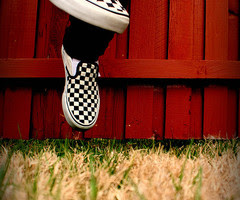 God, this picture tries so hard to be cool. Tries and succeeds. 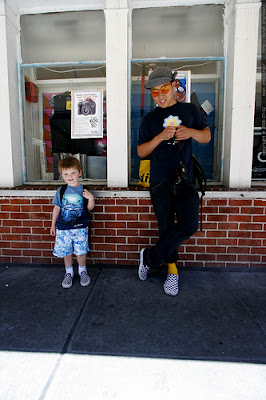 That kid is pretty cool. So is that Asian dude with the yellow socks. Together they are 2x as cool. Or maybe the Asian dude is going to grab the little kid and show him the inside of his windowless checkered van, which is full of candy. Good thing candy is cool. 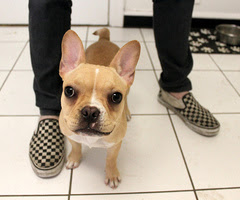 Dogs are cool. And this cool dog has allowed itself to be photographed with these shoes. Therefore, these shoes must be cool too. 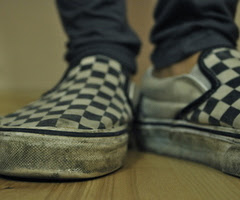 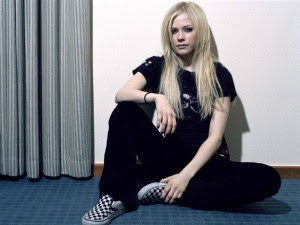 Okay, well Avril Lavigne used to be cool. But Julie Powell is no Avril Lavigne. This is probably why I have such a problem with her wearing these shoes--there's no overlap between her and Avril. She was a girl, they were some shoes--can I make it any more obvious? They were checkered. She cooked souffle, What more can I say? 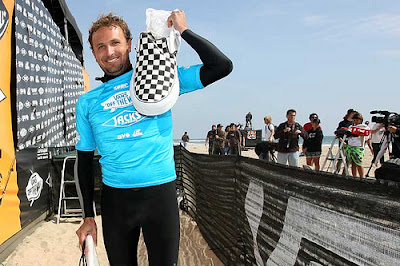 Comically oversized shoes are are really "in" right now. 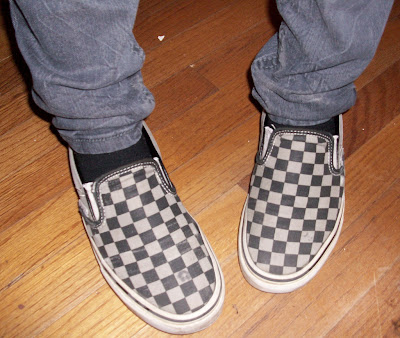 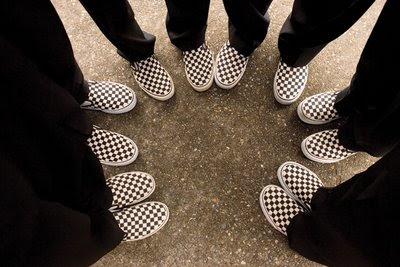 AHHHHHHH!!!! SO MANY WANNABE HIPSTERS!!! THEY'RE EVERYWHERE!!! 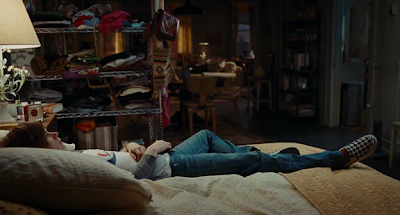 Anyway, what I'm trying to say is that though these checkered vans might add a little aesthetic flavor to an already established young, hip character, they're just completely wrong for Julie Powell. Unless, of course, the filmmakers were going for a "rapidly aging woman desperately tries to cling to her youth by clumsily purchasing a pair of checkered canvas vans shoes" look. Which, if that is the case, then I would have to applaud them for their attention to detail.

But then again, I hope to never find myself in a position where I have to applaud the makers of Julie & Julia. Applaud them with my AK-47 assault rifle maybe. 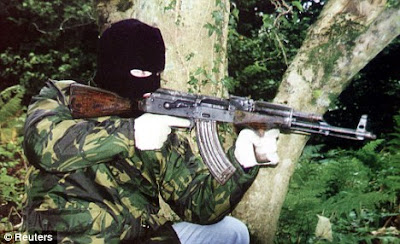 That could concievably be me underneath that mask... actually, no--that dude's eyes aren't squinty enough. There's no foolin' the internet!

Julie & Julia Quote of the Day: "So I did ask my friend Avis De Voto to look around in the United States to see if she could find..."
Posted by Lawrence Dai at 11:52 PM