Remember that time when Julie Powell walked down that busy New York sidewalk and dropped her raspberry Bavarian cream all over the pavement? No? You don't remember that time? That's weird. Because I certainly do. I remember it every day, when I watch it happen about an hour an a half into Julie & Julia. Every day. 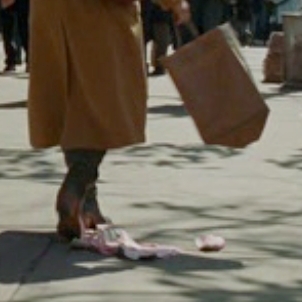 But oh man, what a mess! There's raspberry Bavarian cream everywhere! The streets of New York are stained with the blood of those who do not believe (in plastic bags)! 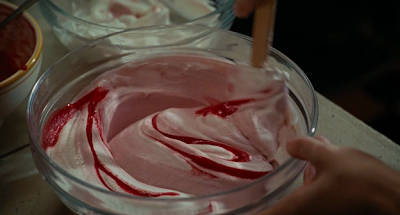 Seriously, though--that square foot of sidewalk is a fucking distaster. And it's all your fault, Julie Powell. What were you thinking, carrying that big 'ol cream in a weak-bottomed paper bag like that? Fucking idiot. I guess the terrible deed's already been done though--nothing we can do about it now. So that leaves us with this. 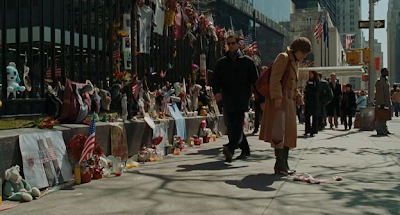 Okay, so you dropped a huge thing of raspberry Bavarian cream on the ground. Not only that, but you happened to drop it right next to a fence covered in 9/11 memorials. Pretty fucking distasteful if you ask me. But what are you gonna do about it now, Julie Powell? I mean, aren't you sort of obligated to clean it up? Or maybe not--I guess New York streets are pretty dirty as is--a little dollop of RBC* won't hurt, will it? 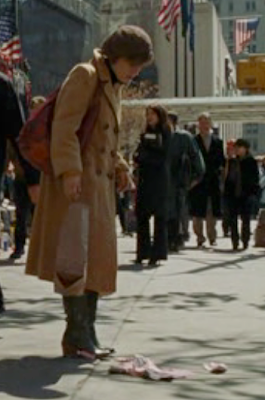 But actually, what is the protocol here? I want to be angry at Julie Powell for just leaving that RBC on the ground for any unsuspecting bystander to slip on (hilariously). But then again, what do we expect her to do? How is she going to scoop that all up to throw away? She has no scoop/scooplike device and there are no garbage cans in sight.

Who's gonna clean up this mess?

It's a question that remains unanswered throughout Julie & Julia. And Nora Ephron never elaborates on it--neither does Amy Adams or Meryl Streep. Knowing this, I have been led to the assumption that the raspberry Bavarian cream is still there to this day, waiting to be wiped off the New York sidewalk and given to a homeless man in Central Park. A tragic fate, indeed.

Julie & Julia Quote of the Day: "As for the raspberry Bavarian cream, I am taking it to the office."