I can't believe I'm saying this, but we're running out of time (to finish the L/J&J Project's Director's Commentary Commentary Series)! For those of you who don't remember, I've been watching Julie & Julia with Nora Ephron's rambling director's commentary and recording my thoughts on every one of her thoughts. Parts one, two, three and four were sort of fun I guess, so here's part five. 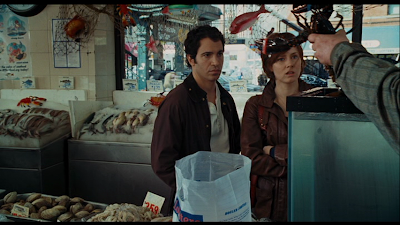 The food in the movie was made by a brilliant, uh, food person—I don’t even know what to call her. She’s a cookbook author and a food stylist and… she worked for Martha Stewart so I know she’d be able to work for me. Her name is Susan Spungen. And, she is brilliant and she cooked all of our soufflés and… lobsters and…. everything else in a way that I think makes you look as if you could cook them.

A "food person?" Really, Nora? Could you really not think of another word for "food person?" I don't know, maybe like, "chef?" Or "culinary artiste?" And all this constant name-dropping. "She worked for Martha Stewart so I know she'd be able to work for me." What does that even mean? Is that a dig at Martha Stewart? Or is she saying that only people good enough to work for Martha are good enough to work for her? And that last sentence--complete and utter nonsense! Oh, Nora! What are we going to do with you? 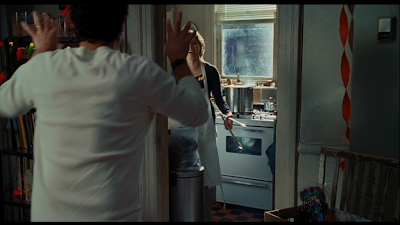 The idea to use the talking heads song psycho killer came out of an improv, in rehearsal—it was Chris Messina who, who began singing that song and, and it was something that we knew when we shot the movie that we were gonna use… if we could afford it. And uh…

I actually like that "lobster killer" bit. But now that I know it came from Chris "Not Mark Ruffalo" Messina, I guess I'm going to have to hate it now. Curse you, NMR!!! 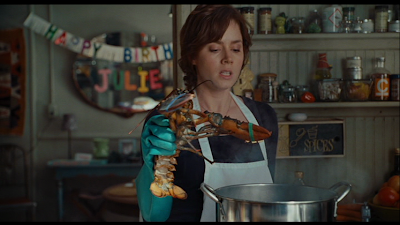 Amy Adams has not eaten lobster since… since this scene. I think it was the first time she ever cooked one. Not that they were cooked, of course, on camera. 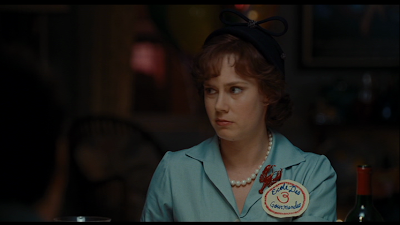 Julie of course, is dressed as Julia Child here, wearing her poppet pearls… and the emblem of the cooking school that Julia started with her friends Louisette Bertholle and Simone Beck, whom she started… école trois gourmandes, the school of the three gourmandes—the three big eaters. And umm, those are made of paper of course.

Julia always wore that badge, when she was teaching... in Paris and then when she did the French Chef on television, the famous television show, she, she wore it forever… even though, at least one of the gourmandes was pretty much history in her life. 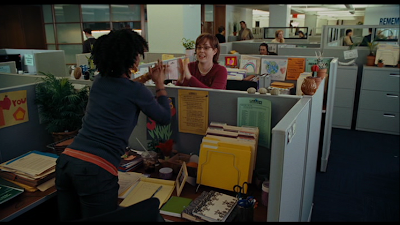 Those cooking of those lobsters was a kind of a turning point for Julie Powell’s blog. It got a huge amount of attention and a lot of comments and sort of launched her from an obscure blogger into a… into one that really began to have quite a following.

That's actually kind of weird. Because my lobster post was the big turning point for this blog... launched me from an obscure blogger into a slightly less obscure blogger. Chalk that up to another eerie coincidence between the Julie/Julie Project and the Lawrence/Julie & Julia Project. That, along with the fact that I have slowly transformed into an unpleasant middle-aged woman who eats too much. 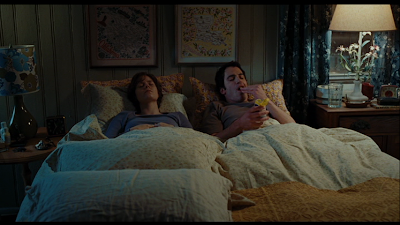 Chris Messina actually ate 35 Tums the day we shot that scene and ended up sick to his stomach.

Haha, fuck you, Not Mark Ruffalo. That's hilarious. In actuality though, wouldn't it have been easier if they just made him eat like, placebos or something? Or like Flintstones chewable vitamins--those look like Tums. I'm pretty sure force-feeding your actors heartburn relief medicine might violate some sort of SAG policy. 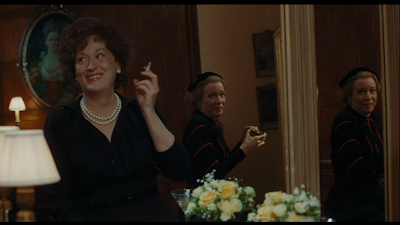 That’s Linda Emond, who is a wonderful New York actress, whom I’ve wanted to work for… for years…. And, she plays Simone Beck.

I don't think that's the proper useage of "whom." 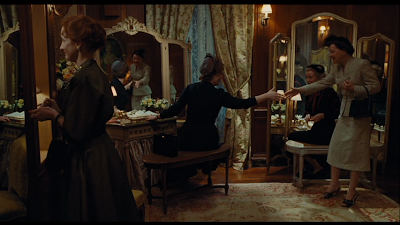 And this is Helen Carey, who plays Louisette Bertholle. They’re just lovely actresses. They look a little bit like the real people they’re based on.

That's nice. That people in historical biopics look a little bit like the real people they're based on. I supposed it doesn't really matter for these gals, though. No one knows what the fuck a Simone Beck or Louisette Bertholle looks like. 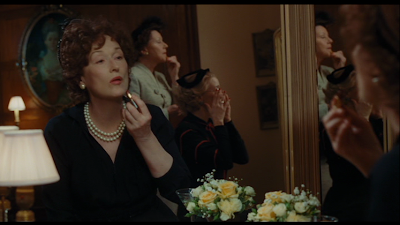 I told them all that this was a scene about lipstick. 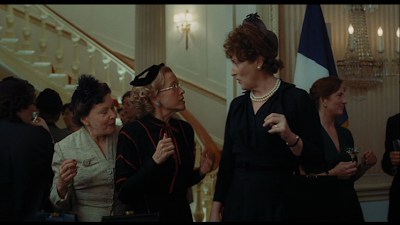 One of the things that was most important to Meryl doing this movie was that she be 6’ 2”. Meryl is in fact, 5’ 6”. Julia child was 6'2” and all the effects guys will tell you that it can’t be done. You cant make a shorter person into a much taller person, but Meryl and Ann Roth were determined that they do this and it was very… much central to how she saw Julia Child... that, that she thought that being 6’ 2” especially then, especially in a place like France was the main fact and how would you do that? And how would you find that person and know what it felt like to be that person who, who managed to get people who were instantly struck by her almost freakish height in that period to instantly relax about it and love her.

Oh. Kay. I'm not sure if any of that made sense. 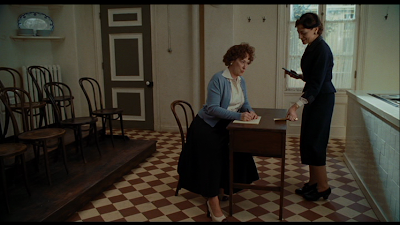 All of this at the Cordon Bleu actually happened to Julia. Um, they would not let her take her test.