Today, of course, marks the 10th anniversary of the 9/11 terrorist attacks. And though I'm sure this tragedy was on the forefront of your minds due to the blanketed news coverage and all of the "Never Forget" tweets and Facebook statuses, I was reminded of it today when I watched Julie & Julia. 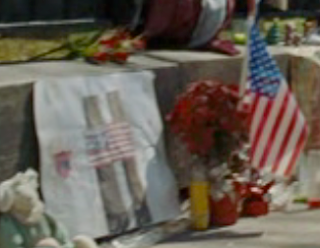 Now this may strike you as weird if you've never seen the film, but you'd be surprised to know that this little Nora Ephron-penned romantic comedy contains a lot references to 9/11. After all, half of the movie's action takes place in 2002 New York and the Julie Powell character (and her real-life counterpart) works at the Lower Manhattan Development Corporation, the company tasked with dealing with the after-effects of 9/11. 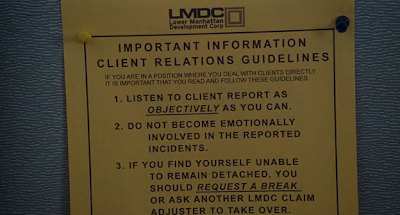 At first, I was highly critical of how they presented the terrorist attacks in the film and to be honest, I wondered they were in there at all. If you're going to make a light-hearted romp through the world of pastries and cheeses with Amy Adams and Meryl Streep, why bog it down with the heavy emotional baggage that comes along with 9/11? It just didn't make sense.

But then I thought about it some more (I did have the time, after all). And I realized--there was no way the filmmakers could've sidestepped around it. This was New York in 2002 and in 2002, Julie Powell worked for the LMDC. 9/11 had an direct impact on her life, as it did for many Americans in the past decade. There was an important story to tell here. 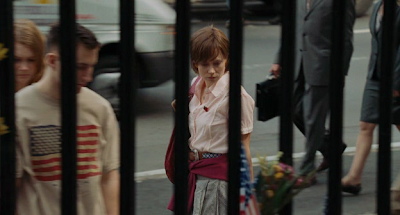 The problem is that they never told that story--the Julie & Julia post-9/11 context was merely an afterthought in Julie Powell's epic blog-about-a-cookbook journey (which, in comparison to 9/11, seemed trivial at best and completely tone-deaf and incredibly insensitive at worst).

Now hear me out on this one. September 11th, 2001 changed the world. People like to say that how we respond to tragedies is what helps define us as people. But when a tragedy of such great proportion and devastation strikes, how are we expected to deal with it? To whom can we turn? What is it going to be that comforts us in such a time of great need? For Julie Powell, the answer was cooking. And I respect the hell out of that. I just don't respect how the film handled her story in that regard. 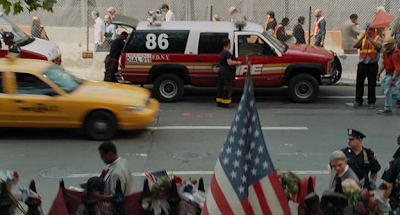 To speak to my point, some, if not all of the emotional 9/11 beats felt completely unearned. These moments all come when we get a glimpse of Julie at her job, consoling those who have either lost loved ones or have felt great pain due to what happened on 9/11.

Voice over Phone: My son died in the second tower.

Obviously, this is an incredibly sad conversion to have. There is tangible pain in the caller's voice and Julie is observably distressed to hear that the caller's son was a victim of 9/11. But the "poignant" moment comes and goes in a matter of seconds and gets treated with barely any respect. In fact, the lead-in to that moment is filled with cheery, uplifting Alexandre Desplat music, so when it finally does hit you--that someone lost her son to the attacks--the tonal shift completely blindsides you, leaving you cold, emotionally.


Another Voice over Phone: And now the doctor says there's fiberglass
in his lungs. He coughs. He never stops coughing. I don't know what to do.

THAT IS SAD. I FEEL FOR WHOEVER HAS TO GO THROUGH SOMETHING HORRIBLE LIKE THAT. GIVE IT THE RESPECT IT DESERVES.

I understand what the point of these scenes are (garnering audience's sympathies for Julie Powell and the emotional toil of her job), but the overall dramatic beats always fall flat, mostly because the filmmakers didn't give enough time to flesh out the actual stories and these shortened bits come off as disingenuous and even exploitative. 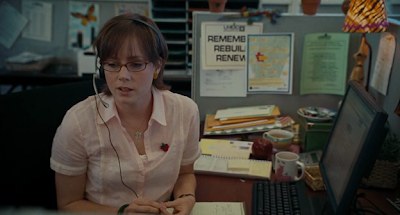 My disdain for the treatment of these 9/11 stories are supported by a scene later in the film when Eric (Not Mark Ruffalo) calls Julie at work under the pretense that he's a sick 9/11 victim:


Julie (on her headset): Julie Powell.
Eric (with a fake raspy voice): This the person I speak to if I got a problem?
Julie: Yes, sir. What is your problem?
Eric: Too much food... not enough sex.
Julie: Eric, that's not funny.
Eric: I thought it was pretty funny.
Julie: Okay, it was.

We're supposed to laugh at this? We're supposed to like these characters? Like, that's a 9/11 joke! You can't make 9/11 jokes! What the FUCK is wrong with you, Nora Ephron? I just don't know what you were going for there. And this is me speaking as a huge fan of tasteless humor... even I can't stomach that one. I don't know, maybe Mark Ruffalo would've sold the punchline better (the punchline being that impersonating a lung-damaged 9/11 victim is funny).


Long story short, I respect that Julie & Julia was going for a realistic, subtle and nuanced portrayal of how 9/11 affected those living in New York immediately after the attacks, but I must conclude that after 286 viewings, the whole "weird-how-do-we-address-9/11-thing" just ends up being another major flaw of the film.


Fuck you, Julie & Julia. If you're gonna bring up 9/11, at least try to respect what that day represents.

Julie & Julia Quote of the Day: "Julie Powell, once the editor of the Amherst literary magazine, the one we all knew would be 'The One,' temped for eight years before giving up on her novel, and now works in a cubicle, as a mid-level bureaucrat, attempting to deal with the aftereffects of 9/11."
Posted by Lawrence Dai at 10:12 PM