I can't remember the last time I actually watched Julie & Julia on a television set. Back in the early days of the L/J&J Project, I used to watch it on Netflix Instant and now I usually just play the DVD on my laptop. And I guess I'll occasionally play that shit on my iPhone on a busy day. But when I saw that J&J was airing on Lifetime this evening, I thought I'd try it out and see if a change in scenery would improve the viewing. 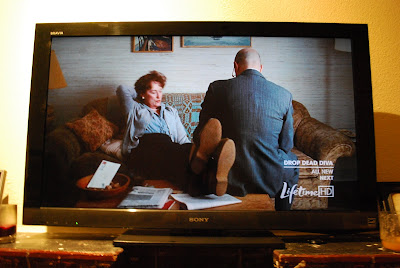 Well, for starters, the 2 hour and 3 minute movie was a whopping three hours long now, thanks to commercials, but surprisingly enough, I didn't mind the extra hour. It was actually kind of nice to have some commercial breaks in there to cut up that piece-of-shit movie into somewhat more palatable smaller portions of shit.

This was the first time watching TV that I was actually looking forward to watching commercials. In fact, I audibly groaned whenever Julie & Julia came back on. That Prilosec ad was just getting good! 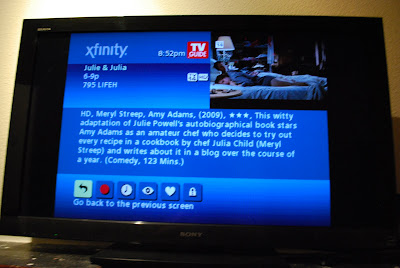 I also had the privilege of being able to see the cable company-written synopsis of the movie for the first time, which read:


This witty adaptation of Julie Powell's autobiographical book stars Amy Adams as an amateur chef who decides to try out every recipe in a cookbook by Julia Child (Meryl Streep) and writes about it in a blog over the course of a year. (Comedy, 123 Mins.)

That's a serviceable synopsis, I suppose. But if it were up to me, I might change a thing or two about it:


This SHITTY adaptation of SATAN'S BIBLE stars Amy Adams as a PROFESSIONAL BITCH who decides to try out every recipe in a cookbook by Julia Child (THE GODDESS MERYL STREEP) and WIPES HER ASS ON YOUR EYES over the course of a year. (HORROR/TRAGEDY, LIKE, A BILLION Mins.) 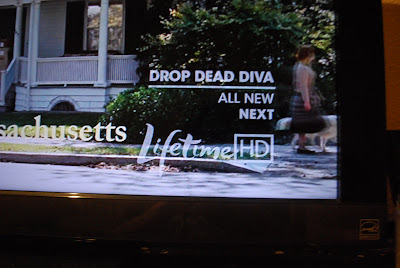 At least there was an all new episode of Drop Dead Diva to look forward to afterwards. It's the little things that get me through each day.

Julie & Julia Quote of the Day: "You can teach on television."
Posted by Lawrence Dai at 11:55 PM