For those of you who are new to the Lawrence/Julie & Julia Project (which is a great lot, judging from all the new comments), I think you should know how much disdain I have for Chris Messina, the actor who plays Eric Powell (Julie's husband). Chris Messina is a piece of shit, except you'll hardly ever see his name on this blog because since Day 3, I've pretty much only referred to him as "Not Mark Ruffalo." You know, because of his uncanny resemblance to actual actor, Mark Ruffalo. 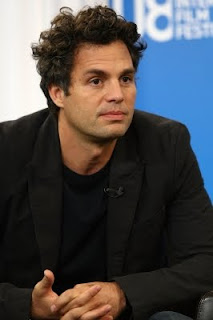 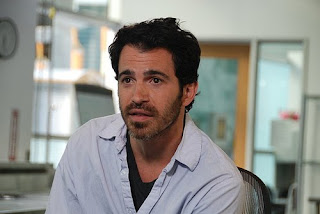 Well it just so happens that today, I've got a new NMR-related gripe for you all. Not Mark Ruffalo doesn't know how to fucking shave! 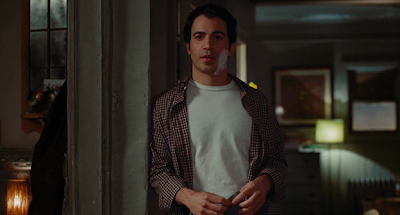 Okay, so in this scene, our buddy Not Mark Ruffalo has presumably just left the bathroom mid-shave to eavesdrop on Julie's phone conversation. We can see that he was about to shave the left side of his face, but decided to tend to his wife and her imminent "meltdown." An admirable, caring husband, no doubt. And surely such a supportive, competent husband would know how to properly shave himself!

But then, in the middle of the conversation, he does the unthinkable... 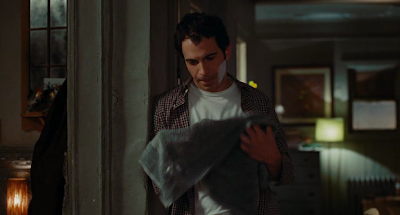 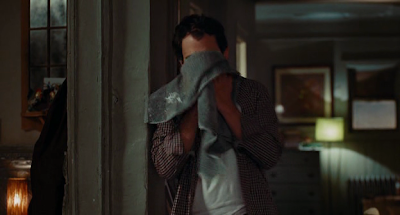 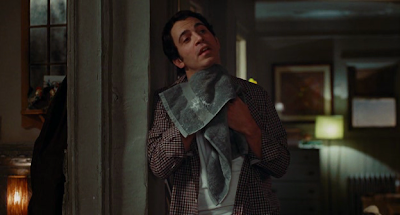 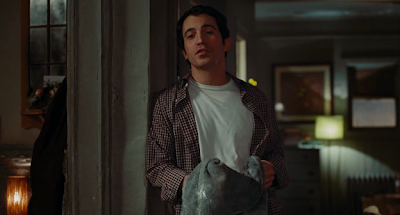 That's right. He just fucking wipes a half a Not Mark Ruffalo's face's worth of shaving cream from his non-Mark Ruffalo cheek! And he does it so nonchalantly, as if that is what normal people would do in that situation! No! No! No!!! The primary--nay, sole, reason of applying shaving cream to a particular area is that you actually shave the aforementioned area which is covered in shaving cream!!! It is not that difficult.

If I'm not mistaken (and I've seen this movie far too many times to be mistaken), Not Mark Ruffalo had not finished shaving at the beginning of this scene, and still remains half-shaven by the end of it.


WHAT THE FUCK, MANG!?!?! FINISH SHAVING BEFORE YOU WIPE UP THAT FUCKFACE OF YOURS!!! NOW YOU'S JUST WALKIN' ROUND LIKE SUM HALF-STUBBLED GOOB!!!
LEARN HOW TO FUCKING SHAVE, NOT MARK RUFFALO!!!

What kind of idiot doesn't know how to shave?  All I can say at this point is thank God for the actual Mark Ruffalo--a real man's man.


Take note, NMR. See how Mark Ruffalo has carefully drawn the blade across his entire face--not just the right/middle areas. Notice how there isn't a huge fucking mass of shaving cream left over on his cheek when he's finished shaving? That is how it is done. But you wouldn't know that, now would you Chris Messina? Because all you've ever been--and all you'll ever be--is a poor man's Mark Ruffalo.

Julie & Julia Quote of the Day: "And with a small, sharp knife, its edge always cutting against the bone..."
Posted by Lawrence Dai at 11:43 PM