Even though I've owned the Julie & Julia DVD for ages now, I've never really done much with it or its special features... until today. I've read your many comments and emails and I've finally decided that it's about high time I started watching this movie with Nora Ephron's writer/director's commentary.


Hi, this is Nora Ephron and I’m here to talk about Julie & Julia
Good intro. Doesn't beat around the bush, this one. 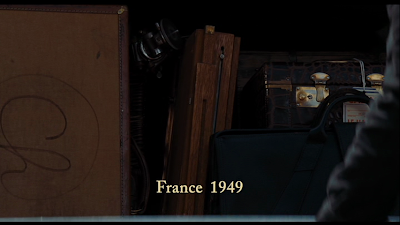 This is a movie that is based on true stories and to make matters more complicated or interesting or boring or whatever, the suitcase you just saw being put into the back of that car actually belonged to Paul Child. Umm… It’s one of the props that our propmaster came up with.

That was neither complicated, nor interesting. Definitely boring and whatever, though. 2 for 4 ain't bad, Nora. I know you can do better, though. 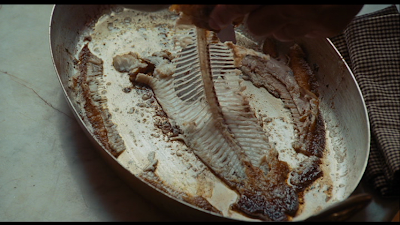 Um this is a ruonn (sp?) umm and this is the place where Julia Child in fact, had the epiphany that launched her into an obsession with French food. It was a soulmoigneires (sp?) , and if you’ve had soulmoigne (sp?) in France, you know that it is heaven. And I knew this shot had to be in its way just as beautiful as the experience of eating it had been for Julia and Steven Goldblerr our cinematographer did a brilliant job of backlighting that bone as it came out of the fish and I think it is an absolutely beautiful fish.

Backlit bones! This is the kind of insight that ordinary viewers of Julie & Julia would never have were it not for this director's commentary. Thank you, Nora Ephron! Side note: I had enough trouble trying to transcribe this part word for word without all those tricky French things getting in the way... Also, I could easily look up the cinematographer's actual name, but I'm just that lazy with these things. Look at the backlighting on that bone though! Simply delightful! 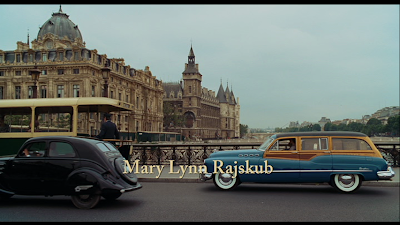 This is one of the only parts of Paris, the one we just saw, that looks like Paris then. That’s a little… still a little dirty… so we deliberately shot that bridge so we could have some sense of Paris after the war when it wasn’t quite as spanking clean as it is now.

Oh shit, that is supposed to be dirty Paris? Dammmmnnn... I needs to go to Paris ASAP so I can see what it looks like when its "spanking clean!" Really thought that dirty Paris looked quite good. 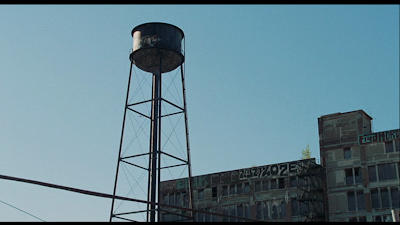 This is Julie moving from Brooklyn to Queens and the not quite Eiffel Tower she passes in Queens.

We originally had two cats in the movie, but one of them never got out of the cat carrier so I had to fire it and that’s how we ended up with only one cat in the movie.

Just read that sentence over again. Proof that a director's commentary is more often worse than the actual movie (And I didn't think that to be possible 2 hours ago). 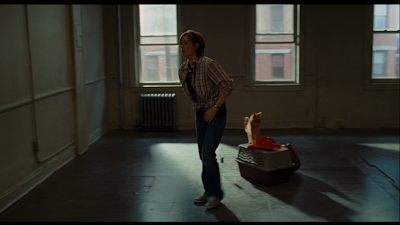 Julie Powell, in fact, had three cats and a boa constrictor but I just couldn’t see how I was going to do that—it’s hard enough to work with one cat.

This movie would have been 10 times better with a fucking boa constrictor. Think of all the boa constricting hijinks we missed out on!

This set was uh, kind of a version of the apartment that Julie actually had but we made the kitchen just a little bit smaller. I really wanted it clear to the audience that… that this was an amazing feat that she managed to achieve and that it wasn’t anything resembling a decent kitchen… and her real kitchen wasn’t much bigger than this.

All of these pauses in Nora's delivery are hilarious. There's no way of knowing for sure, but judging from her hesitation and slow cadences, she does not seem to think much of the real Julie Powell.

And here is Julia’s apartment, which is, reproduced almost as closely to the original as we could. We had lots of pictures of Julie and Paul and their amazing post-war rental. Um, this beautiful apartment actually had a couple more rooms than we had and its odd kitchen upstairs with a dumbwaiter where you could send the food down. And in fact, the bed was too short for Julia, who was 6’ 2”. 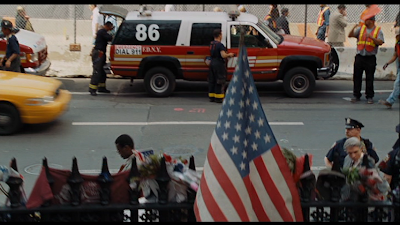 We shot this at ground zero and reproduced the wall of flowers and notes that was there and would have been there in 2002. And the day we shot it, many, many people thought it was the real thing and put more notes and mementos down.

Oh that's great, you lied to everyone and made people think that 9/11 happened again. Real sensitive, guys. Letting people put real tributes and memorials next to fake ones for your dumbass oscar baity movie--very respectful to the victims and their families.

Of course Julie Powell actually did work at the LMDC and umm… I think had taken the job thinking that she was really going to be able to help… and I’m sure she… did help, but it was in a climate that was very difficult. And the kind of job that really saps you at the end of the day when you’re quite not sure you’ve done anything or managed to make anything happen for anyone.

Again, more indicative pauses. Nora doesn't actually give a shit about how hard Julie's job was. I can almost visualize a cue card guy at the recording of this director's commentary, wildly gesticulating at these parts, as if to encourage Nora to try to say something nice about Julie Powell. 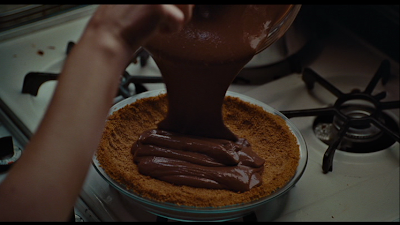 This is my chocolate crème pie recipe. Just wanted to say that.

Well, that was only the first 10 minutes of my little director's commentary commentary. I'll probably continue it tomorrow and see how much you guys like it. Eventually, we'll make our way through the whole thing. But until then, fuck you Nora Ephron!