Today, I realized that I've never seen the trailer for Julie & Julia. Sure, I've seen the movie itself 210 times, but never the trailer. Bizarre, right? Well that can be easily fixed. Let's live-blog this bitch.

0:00 - 0:05 - Rated PG-13 for "Brief Strong Language and Some Sensuality" a.k.a. Julie Powell calling herself a bitch and multiple Meryl Streep sex scenes

0:05 - 0:08 - Smart to open with the black & white Julia Child cooking show shot, a definite appeal to nostalgia (read: old people). "I'm Julia Child. Bon Appetit." What else is there to say? 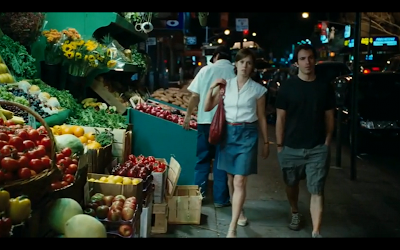 THIS SCENE IS NOT ACTUALLY IN JULIE & JULIA. They probably deleted it in the time between when the trailer was cut and the theatrical release. It's rather weird to see this extraneous scene now, after I know the movie so well. It's like these characters live separate lives away from me.

0:50 - 0:54 - "Did you hear what happened to this one?" "Showtime bought my blog for a miniseries." This was another scene that was presumably left on the cutting-room floor considering that it didn't make it into the final product. I can see why. 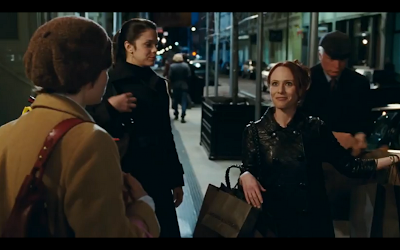 Had they included this unbearable "Omg my blog got a Showtime miniseries" scene in the actual film, I don't think I'd be here blogging today. I'd be in prison for murdering everyone involved in the making of this movie.

0:54 - 2:31 - A bunch of enjoyable Julia Child shit, a bunch of not-so-enjoyable Julie Powell shit. And all to some generic happy-go-lucky trailer music/pop songs since the soundtrack probably wasn't finalized at this point. Other than the deleted scenes, this trailer is a pretty good representation of the film as a whole and on top of that, it's 2 hours shorter! That being said, I still couldn't manage to blog about the entire thing. God, I despise this movie.