As a newly-anointed San Franciscan, I didn't dilly-dally around in doing very... let's say... San Franciscan things. And in light of some recent big changes, I didn't see how I could pass such a cool and unique opportunity up. By which I mean, yup, the Lawrence/Julie & Julia Project was at The San Francisco Pride Celebration/LGBT Parade today and regardless of what your politics are, it was pretty undeniable that the whole event/spectacle was kind of awesome. 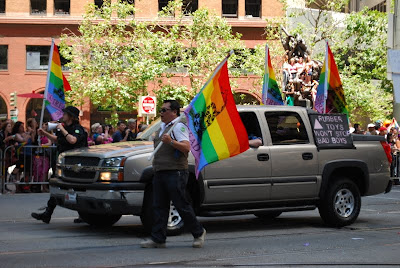 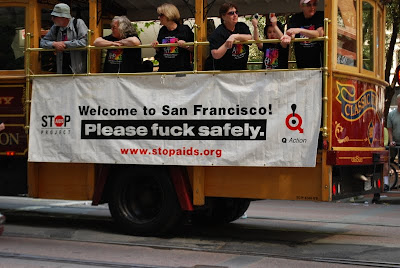 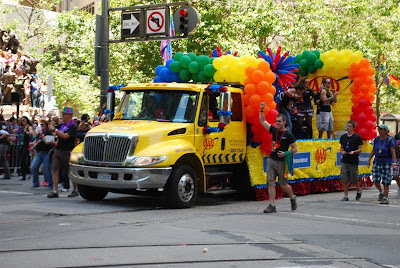 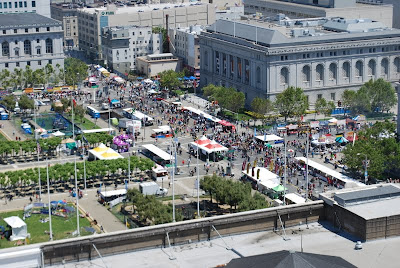 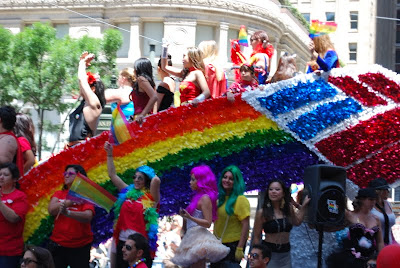 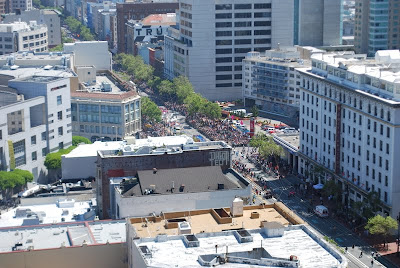 And reflecting upon the day's festive events, I couldn't help but wonder how Julia Child would have reacted to such debauchery. I mean on the one hand, she was this giant mannish woman who was a real brute force in the kitchen/the campiest TV personality in cooking, but on the other, she fucked her husband a bunch.

So the answer? Apparently, she was a notorious homophobe...  This was all revealed in a 2007 Boston magazine piece:


...She [Julia] found homosexuality outlandish—not immoral, and certainly not to be criminalized, but a rude disruption in the natural order of things. Homophobia was a socially acceptable form of bigotry in midcentury America, and Julia and Paul participated without shame for many years. She often used the term pedal or pedalo—French slang for a homosexual—draping it with condescension, pity, and disapproval. “I had my hair permanented at E. Arden’s, using the same pedalo I had before (I wish all the men in OUR profession in the USA were not pedals!),” she wrote to Simca. Fashion designers were “that little bunch of Pansies,” a cooking school was “a nest of homovipers,” a Boston dinner party was “peopled by 3 fags in an expensive house…. We felt hopelessly square and left when decently possible,” and San Francisco was beautiful but full of pedals—“It appears that SF is their favorite city! I’m tired of them, talented though they are.”

Errr... sooo... I guess we all have to admit now that Julia Child was somewhat of a flawed individual. I mean, sure she was prejudiced against homosexuals, just as pretty much everyone was in that time period, but c'mon. This is fairly problematic, especially since she is the only unequivocally delightful and redeeming character in the movie. Julia Child was perfect... Right?


Dammit, the real Julia Child. Why'd you have to be such a homophobe? Now the only good parts of the movie are forever tinged with discrimination and prejudice.


Julie & Julia Quote of the Day: "They even asked him if he was a homosexual."
Posted by Lawrence Dai at 11:59 PM