As far as promotional materials go, Julie & Julia totally underwhelms. No viral ad campaign, no McDonald's happy meal tie-ins, not even a "leaked" Amy Adams nude on set photo (I know it exists somewhere out there--I just know it!).

What it does have, however, is a bunch of cheesy, tone-deaf computer wallpapers. I mean, so what if they look like somebody took ten minutes to shit these out on photoshop? So what if the quotes don't always match the image? So what if nothing about these wallpapers makes me want to go see the movie?

Wait, why do these exist again? 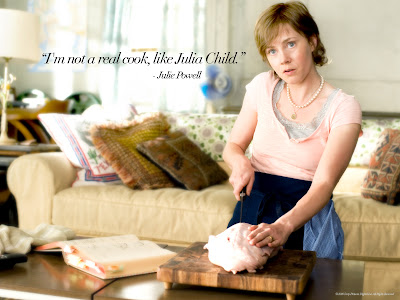 Not a real cook--boy, I'll say. Remind me why the fuck half of this movie is about you again? 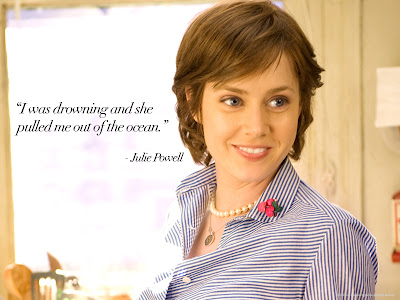 Julie Powell's expression here, matched with that fucking weird quote, makes for a scaryass wallpaper. I don't know why anyone would feel compelled to make this their desktop background. 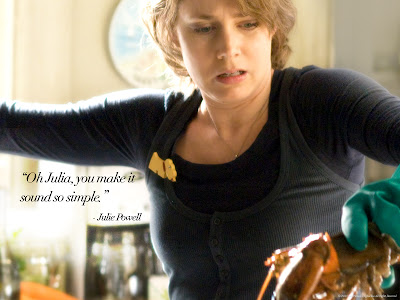 Nice quote-in-the-armpit placement here. And I love the lobsterface that Julie's rocking. Also the lobster, which you can't really tell is a lobster. There's just so much that went wrong with this one, I can't help but feel bad for the poor intern who had to make it. 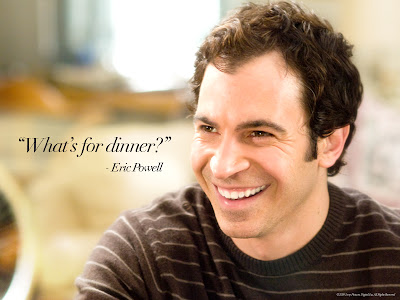 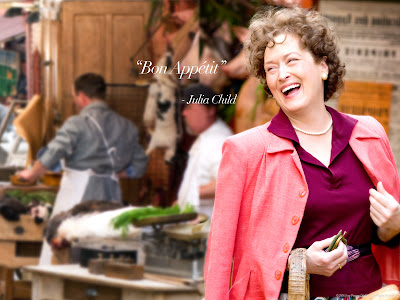 This one actually ain't half bad. A little cliched, but hey, so is this movie. 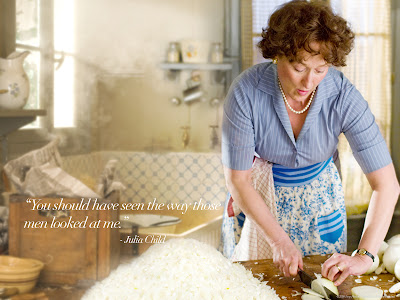 That quote is taken completely out of context and makes this movie sound like some sort of inspiring women's rights story, which it sort of is, but then actually isn't at all. Any story featuring Julie Powell's incessant whining, total culinary ineptitude and fear of lobsters is not about women's rights. 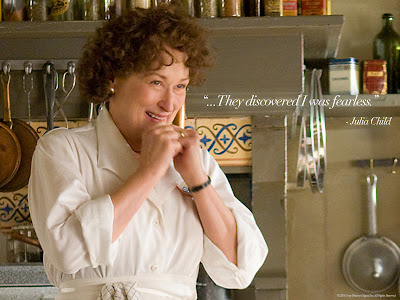 Again, actually sort of nice, but shouldn't she be doing something that's... I don't know... fearless? The actual quote is from the scene where she fucking knifes the shit out of a lobster and all the men are mad impressed. Could they have not made Julia Child look more badass in these? I guess they weren't exactly targeting the Fast Five demo here, so I will cut them a break. 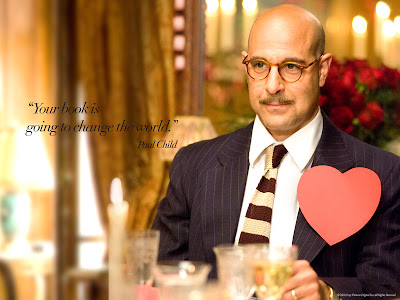 Glaring factual error! She hasn't even started her book at this point in the film! Somebody alert the media! (I am probably the only person on Earth who cares about this sort of thing)

So basically, an overall poor showing by the Julie & Julia marketing team. Hell, even I could have done a better job representing the most poignant moments in this movie. In fact, maybe I will! 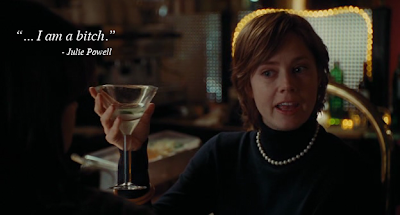