You probably recognize today's random actor, Mary Lynn Rajskub, from a lot of things, most notably, from her lead role as Chloe O'Brian on 24. However, she's more familiar to me as Julie Powell's best friend Sarah.


For a "random" actor, Ms. Rajskub actually has a pretty impressive resume. She's had stints on a lot of reputable comedy shows such as: Mr. Show, Kelsey Grammar's The Sketch Show, Human Giant and Flight of the Conchords, just to name a few. Well, I guess I sort of named all of them. Disregard that last part. But the fact remains--Mary Lynn Rajskub has some proven comedic chops.

And she often gets to show them off in Julie & Julia! Rajskub plays Sarah, the archetypal "sassy best friend" who is key in these kinds of movies and she shines in the role.


MLR as Sarah is a breath of fresh air in this stale movie (which only gets staler after 150+ viewings) and her delivery of such lines as "Okay, you don't have to bite my head off, I'm just quoting Julia" really puts Julie in her place. And I will go on the record as saying anyone who puts Julie in her place is fine by me.

I mean, just look at this interaction:

And later in that same conversation...

Julie: Do you really think I'm a bitch?
Sarah: Well ya.
Julie: I know.
Sarah: But who isn't?

That is vintage fucking dialogue right there! As the designated best friend, Sarah is given the license to be brutally honest here and I love her for that. You don't know how many times I've wanted to just tell Julie Powell/Amy Adams that she is a bitch straight to her face. Luckily, for me, MLR gets to do that! Every day! It's reassuring--the notion that you aren't alone in your hatred of Julie Powell.

It also helps that she makes hilarious faces. 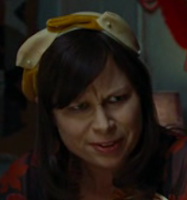 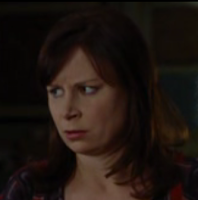 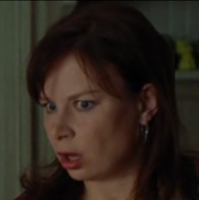 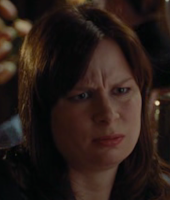 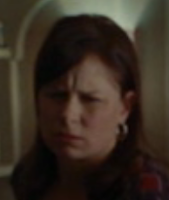 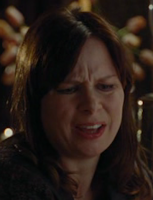 So yeah, I will admit to be a fan of this gal and her work. Why is it then, that whenever I see the name "Mary Lynn Rajskub," instead of visualizing Sarah making a hilarious face, I immediately think of this comic?


I guess you could say that I'm just pro Skub.

Julie & Julia Quote of the Day: "Okay, maybe the eggs aren't fresh. Julia says the eggs have to be fresh."
Posted by Lawrence Dai at 10:06 PM