So for some reason, I decided it'd be amusing to catalog all of Meryl Streep's many outfits as Julia Child as if this was some sort of fashion blog. Unfortunately, it was not that amusing. 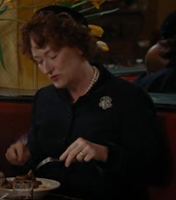 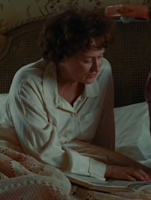 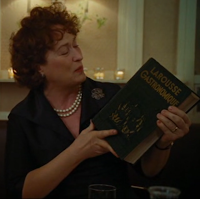 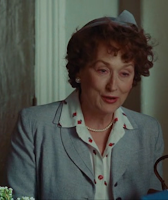 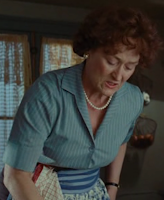 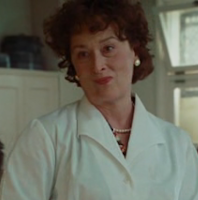 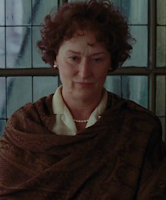 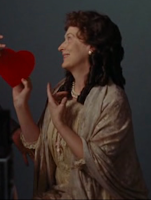 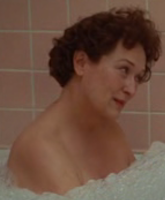 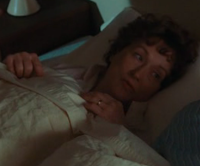 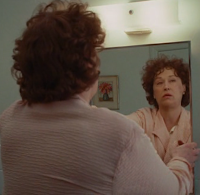 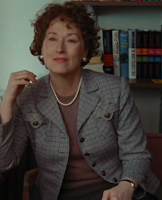 So... yeah... a shit ton of clothes. And she hardly ever wears the same thing twice! That's gotta be some sort of achievement in a movie, right? Maybe not. I don't know, I'd like to think I'm creative enough to come up with sassy, snarky comments for each of her outfits, but I gave up after the first couple of screen-shots--one can only say "Meryl Streep looks good here" in so many ways.

So I hope you all enjoyed my compilation of Julia Child's various looks throughout this movie--I know I didn't. Shit was exhausting.

But hey! Maybe you guys like fashion! Leave your favorite Julia Child outfit in the comments! I would number them, which would make things a lot easier for you, but for some reason photos with captions really fuck up Blogger formatting. So yeah... just like describe the outfit you like the best... or something. I don't know. Like most of my ideas, this thing was pretty poorly planned.

Oh, and in case any of you were wondering, my favorite Julia Child outfit is the one where she's naked in the tub.