Most modern-day movies feature a fair amount of product placement and Julie & Julia is no exception. I think it's fair to say that having seen this movie a couple of times, I'm pretty qualified to spot pretty much every instance where the movie seems to be promoting a certain product or brand, intentionally or not. And aside from the most obvious cases (blogspot.com, Mastering the Art of French Cooking, branches, 9/11, etc.), the film does a pretty good job of using brands to create a realistic environment, rather than blatantly shoving products in our faces (E.T., I'm looking at you). Anywho, I figured I might as well make it my job to point out specific cases of product placement because, hey, what else am I going to do? Introducing the first installment in a series of new posts...
Julie & Julia Product Placement!

Now, I'd actually never heard of Haribo until just recently, but apparently it's some sort of German confectionery company, famous for their gummy bears and Happy Cola Gummi Candy.


Seriously though, am I outing myself as a Troli Sour Brite Crawlers snob or did this company just come out of nowhere? I recognize that I might just be highlighting my ignorance, but I did not know Haribo was legitimate brand until, well, I saw it in Julie & Julia. Hell, for the longest time, I thought it sounded Japanese.


*It's okay, guys. I can make that joke because I'm Asian.

And like, "Happy Cola Candy?" That's definitely a Japanese thing. Only the craziest of candy confectioners could've concocted a candy creation completely consisting of cola. And them sures ain't German, I can tells you that. I did, however, spend a little time on their website and discovered this little mascot guy. 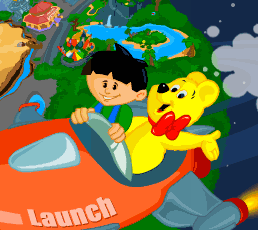 
But I digress. Haribo, the candy, is featured in the scene where Julie Powell steps out to pick up some groceries after her fight with Eric. It's only in the frame for a few seconds, but it's pretty prominent. 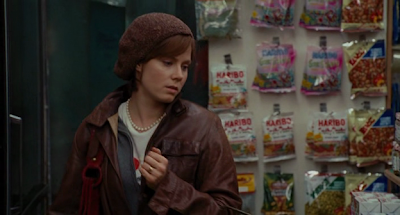 Well, at least it was prominent enough to quietly enter my subconscious after 128 J&J viewings, which later compelled me to buy a bag of Haribo goods for myself without even knowing I was doing so. 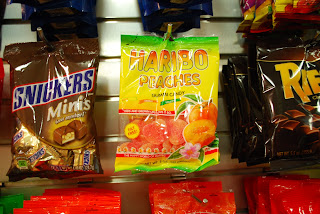 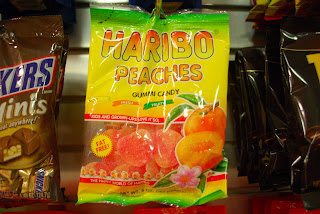 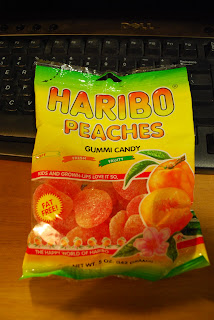 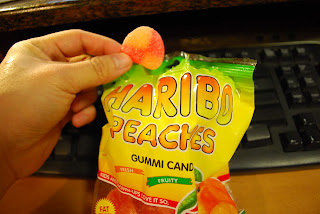 Dammit! How the Hell did I get here? And why the fuck am I eating gummi peach candy? This isn't something I usually eat!

Julie & Julia Quote of the Day: "And I have a hyper-acidic stomach."
Posted by Lawrence Dai at 10:29 PM