It's been an long and arduous journey, but we're finally here. Yes, ladies and gentlemen, we've reached the end of our Best Supporting Character in Julie & Julia March Madness Tournament. We started out with 16 incredibly qualified supporting players--8 associated with Julie Powell, 8 backing our girl Julia Child--and today, in a legitimate clash of the titans, we'll find out who reigns supreme once and for all. Tournament favorites and high screen-time characters like Simca and Sarah went down in the early rounds, leaving virtual unknowns to step up to the challenge. (of course, as much of an unknown that Jane Lynch can be). So here it is: The Championship Match.


Dorothy McWilliams a.k.a. Julia's Sister (3) vs. Julie's Cat (8)
Julie's Cat took an early lead in the voting, but Dorothy "The Fertile Sister" McWilliams rallied from behind to even the score. In the end though, I think we all knew who was going to pull this one out. By the narrowest of margins, with exactly one more vote, your Best Supporting Character in Julie & Julia and Champion of the the L/J&J Project's March Madness Tournament is... 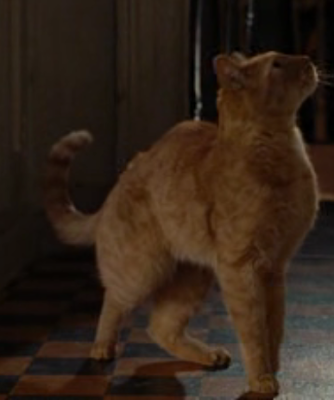