So I've been on somewhat on an awards show binge recently, what with the Julie/Julia Awards on Saturday the and Oscar liveblog yesterday (Not to mention the awesome Grammy win for Arcade Fire. Boom! Instant hipster credibility!). But the thing that's always bugged me about these awards shows is that they never release the voting data. Who voted for what? How much did so-and-so win by? These are the questions that actually interest me. So that's why I decided to pull back the curtain for the only awards show that I control--The Julie/Julia Awards. 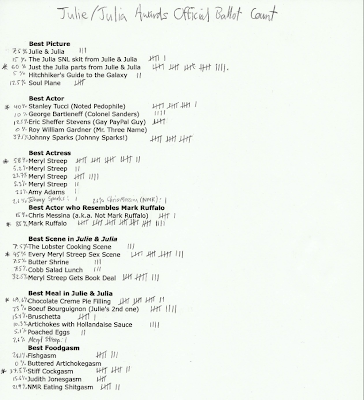 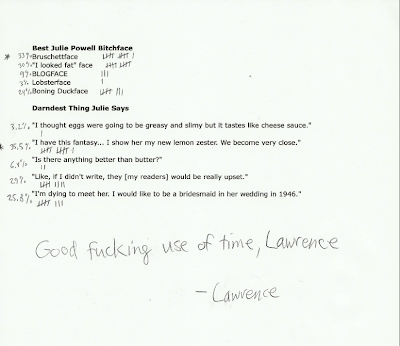