For the last couple of hours, I have been staring out my window at the so-called SNOWPOCALYPSE in hopes that classes tomorrow will be cancelled. Yes, I know that Northwestern University (where I attend college) has not had a snow day (ft. Josh Peck) since 1979 or something like that, but a boy can dream, can't he? Plus, I planned my whole day today with the assumption that I would not have to take my psych midterm tomorrow, which in retrospect, may not have been the wisest of decisions. 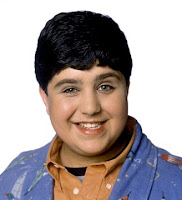 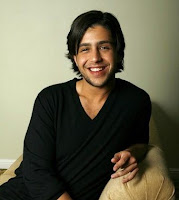 God, I miss the days when Josh Peck was a chubby little goofball, instead of the lead actor in The Wackness. But I digress. Unfortunately, the one thing that this "blizzard of the century" (Is anyone calling it that? Because they should) couldn't stop was my daily viewing of Julie & Julia. And yes, it is indeed Random Actor Tuesday!

Oh, and also don't forget to email me at lawrenceandjulieandjulia@gmail.com with your Julie/Julia awards nominations. I'm putting the final ballot together tomorrow, so this is actually your last chance. Speak now, or forever hold your dick (I think that's what the expression is, right? Who wants to be left standing around holding their dick forever?).

Amanda Hesser, a food writer for The New York Times, is the only actress who plays herself in Julie & Julia (as far as I know). And I mean, she was pretty good, I guess. I imagine she played it very much like the real Amanda Hesser would, considering that she is the real Amanda Hesser. She is especially memorable for her first line, where Julie Powell asks who it is at the door and Hesser replies: "It's Amanda Hesser from The New York Times." Again, not a memorable line at all during the first 50 or so times you watch this movie, but it starts to take on a new annoying meaning on the 64th.


And if it wasn't clear before, she's not even a real actor--this is pretty much her only role. She is the woman who wrote the Julie Powell profile that brought the actual Julie/Julia project to everyone's attention. Yeah, she actually wrote the real article. And now she's playing the same part in a movie recreating the writing of said article. Fucking weird, right? Like, this movie is based on good impersonations--Meryl Streep impersonating Julia Child, Chris Messina impersonating Mark Ruffalo, and now we have Amanda Hesser impersonating Amanda Hesser.

Like, she actually went to dinner at the real Julie Powell's apartment and interviewed her about the blog--and now she's in a scene recreating the exact same interactions except with better-looking actors playing the real Julie and Eric Powell. Fucking weird, right? Imagine how weird that would be. Like, if someone made a movie about the breakfast conversation you had with your family this morning, but instead cast Steve Buscemi as your dad, Helen Mirren as your mom and Johnny Knoxville as your kid brother. But then you were playing yourself. (If I had any photoshop skills, I would show you a picture of that now. Anyone out there with extra time on their hands?)