I operate under the belief that a title card can make or break any film. For example, who could forget the way the words waved across the screen in Casablanca? Or how the iconic font and design of The Godfather title card captured the awe of millions? Or the effervescence of the opening credits in the modern-day, talking gerbil classic, G-Force? These movies all share one thing in common--Great fucking title cards. Without them, surely no one would like these movies. 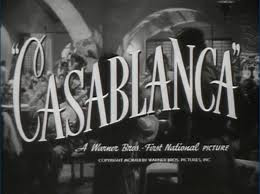 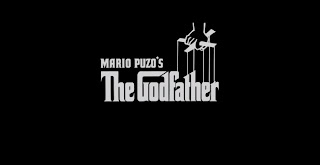 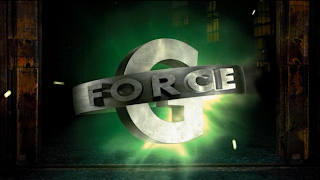 Which brings us to the inevitable question--how does the Julie & Julia title card stack up to these other famous films? Let's find out, shall we? 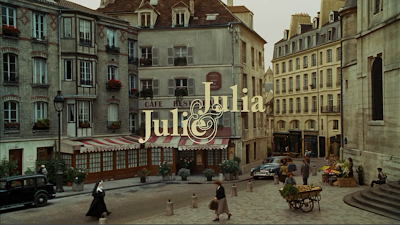 At first glance, the title card of Julie & Julia doesn't seem like anything special--typical, French-looking street, boring tan font, an unnecessarily stylized ampersand, etc. However, upon further inspection, we see that the mise-en-scène foreshadows/reveals major narrative themes and visual motifs of the film as a whole.

For example, the presence and juxtaposition of red and white on the buildings, signage and especially the canvassed roofs symbolize the eternal struggle and conflict between whites and Native Americans. These clashing colors conjure up images of bloodshed, drawing an obvious parallel to the Trail of Tears. Later on, when Meryl Streep slits a raw duck to prepare it for stuffing, it's hard to not imagine her doing the same to the scalp of a young Cherokee. The visual imagery and use of color of the title card hearkens back the genocide of America--a tragic event that the film often sidesteps--but always remains present.

Also, if you take a closer look at the two nuns in the foreground, walking down the street, you'll discover that they do not appear to be singing, a clever nod to the 1992 film Sister Act (or perhaps its sequel, Sister Act 2). As most educated people already know, nuns were banned from singing in public until 1985--well before the Julia Child part of this film takes place--and nuns were most certainly not allowed to be Whoopi Goldberg until very recently.

The black streetlight is most obviously a stand-in for a phallus. Notice how long and erect it is. And doesn't that round tower that peers out from between the two buildings kind of look like a boob? Come to think of it, everything else in this title card is pretty sexual. The windows and food carts are made of wood, the women in the skirts don't appear to be wearing panties--the evidence is staggering. I mean, I dare you to look at those J's in the title and think pure thoughts.

Well, that's all I got for now, but I have the strange feeling that the man in the way back has a swastika tattoo. I will try to dig up some more hi-resolution stills to confirm this.

Julie & Julia Quote of the Day: "Dorothy is pregnant."
Posted by Lawrence Dai at 8:56 PM